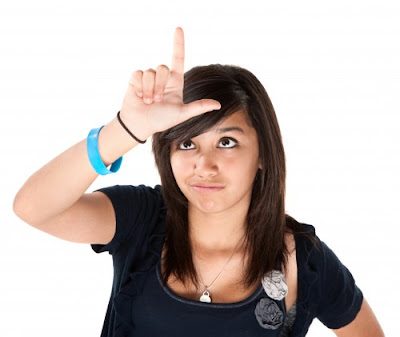 More interesting thoughts on envy from the guys at the Cato blog. Bryan Caplan says we should "count our blessings"; I agree, though that's easier said than done. David Henderson says that he got rid of his envy of rich people by convincing himself that rich people earned what they have.

I think you may encounter that story a lot among libertarian people. Libertarians tend to believe very strongly that people earn every penny they make - and, therefore, that the poor deserve their poverty. This belief may often be, as Henderson points out, a way of coping with envy.

I guess that's why I can let myself be so skeptical of the notion that high incomes are "deserved"; I was never envious of rich people. This is a result of my own childhood experiences My father was a lower-middle-class professor, and his brother was a rich entrepreneur. I got to see both lifestyles up close. And you know what? They weren't that different! My dad and my uncle both love their jobs, they both enjoy the same things (sports, movies, cooking, dirty jokes), they each have two kids and a house etc. My uncle's mid-life crisis car is a Porsche, my dad's is a Mustang...so what?

What I was learning about was the diminishing marginal utility of consumption It sucks to be poor, but being rich is not much better than being middle-class. For me, that tacit knowledge freed me from any sense of income envy.

The fact is, a lot of income is not "earned" in the marginal product sense. Some is, but some is a function of luck; some lucky plays in the financial market, a lucky business idea, a lucky personal connection. But who cares? I'm fine with that, because I don't envy the lucky.

In American culture, the word "successful" is a synonym (euphemism?) for "rich." There seems to be a widespread notion that the rich are "winners" who have defeated the poor in some sort of ultimate game. I personally could never stand that point of view. There are plenty of people out there who just want a middle-class lifestyle. They want a family, a job they like, friends, a comfortable life, a sense of pride in their work, and a community. Maybe a dog or a cat. If you dumped a pile of money in their laps they'd surely take it, but they don't see their lives as "unsuccessful" because they don't have cabins in Aspen.

And yet I think there are a substantial number of people who do buy into this notion, that your bank account makes you a "winner" or a "loser." And I think that a great deal of the negative behavior that we see among America's poor people - drug use, broken families, violence - is a result of that feeling of loserhood. Contrast this with Japan. Over here, they treat sushi chefs or (perhaps) rent-a-cops as skilled professionals. Even cashiers and clerks get respect, just because they have a job and show up on time and do their best. A man who works his whole life in a restaurant doesn't feel so ashamed of his "loser-hood" that he feels the need to compensate by abandoning his kids and sleeping around. And he doesn't feel that a high-risk career as a drug dealer is his only ticket to "winner-hood." And best of all, he doesn't feel such a need to pretend he's rich that he spends his whole paycheck every month.

I wish we had more of that in America. Rather than shaming people who mention inequality, I think we should simply spread the idea that there is more than one dimension of success. It's a lot more satisfying to count your blessings when your blessings aren't all in your bank account.