The libertarian solution to inequality 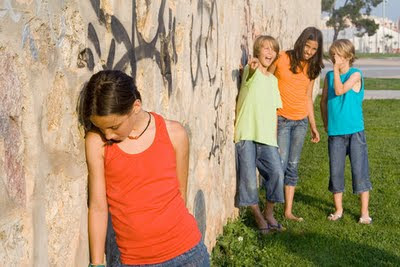 The libertarian movement often has a very odd notion of "liberty." Here is yet another case in point.

[The author] suggests that large differences in relative income can have a large influence on happiness...[but even if he] is right about the unhappy effects of income comparison, you shouldn't conclude that redistribution is the solution. Yes, you could fight inequality of income. But you could just as easily fight comparison of income. Instead of praising those who "raise awareness" about inequality, perhaps we should shame them, like the office gossip, for spreading envy and discontent.

So, the libertarian solution to the problem of inequality is to socially persecute anyone who talks about inequality?
Maybe I'm in the crazy minority here, but it seems to me that this kind of social persecution would make people feel less free, not more. Who wants to live in a society in which certain topics are verboten? Would we really be happier if the words "Gini coefficient" were NSFW? And, more fundamentally, when did restricting the free flow of information - by any means, governmental or social - increase our liberty?
Like I said, a very odd notion of what the word means.
Add to this the fact that Caplan's solution probably wouldn't work. Michael Lewis describes something like this in Liar's Poker, in which no one at his company ever mentions money, bonuses are kept secret, etc. The hush-hush attitude only makes people more determined to ferret out the information, and everyone at the company remains obsessed with relative pay. Information wants to be free, Dr. Caplan! But even supposing this "shame" system could suppress information about inequality, I have a feeling it would just make people all the angrier on those rare occasions when the fact of inequality made itself apparent. A problem you're not allowed to talk about is twice as annoying. Shouting "Quitcherbitchin" is not going to raise our aggregate happiness.
The bottom line, libertarians, is that people care about what they care about. Telling them "No, do NOT care about that, care only about my arbitrary, rigid, and counterintuitive definition of liberty!" is not going to win your movement a lot of followers in the long term.
Author: Noah Smith Posted at 9:14 AM