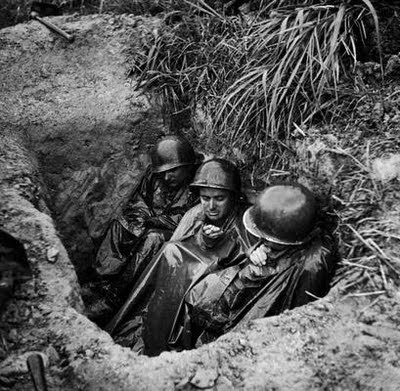 Here is a video of Greg Mankiw's August 8 appearance on Larry Kudlow. At 3:27, Mankiw says:

Fiscal policy is going to be a drag going forward as the stimulus wears out.

The end of stimulus will be a drag on growth. So what Mankiw seems to be saying is that the Obama stimulus increased economic growth.

Note that Mankiw has stated numerous times that he is a "stimulus skeptic." In general, he has been coy on the subject. On one hand, he has never claimed outright (as have many prominent "neoclassical" economists) that stimulus is incapable of boosting growth, and he has extolled the virtue of tax cuts (though he has left it unclear whether he believes they work via demand-side effects). But he has also said that he doesn't think Obama's stimulus was very effective, and he linked uncritically to a paper that purported to show that the stimulus destroyed jobs overall.

Now, Mankiw seems to have revealed that, like John Taylor, he's a closet Keynesian...or, at least, that his views on the effects of government spending on growth are more nuanced than he usually admits one might be led to believe from the amount and variety of criticism he has leveled at the ARRA. And by saying that the stimulus will soon "wear out," he is also admitting that his concern that "a spending-based stimulus to address the current short-term crisis might lead to a long-term increase in the size of government" was overblown.

As Bob Lucas once said, "I guess everyone is a Keynesian in a foxhole." We're certainly in a foxhole right now.


Update: Note that Mankiw's statement is certainly compatible with the view that the Obama stimulus worked, but wasn't worth the price. So this post is less of a political "gotcha" than simply an observation that, deep down, a lot of stimulus skeptics implicitly believe that an Old Keynesian model has some truth to it.

Update 2: As a commenter points out, Greg Mankiw is indeed a "New Keynesian" - indeed, he could be considered the founder of the New Keynesian movement (which has been attacked pretty strongly by Neoclassical economists like Robert Barro). However, New Keynesian models are basically monetarist; though recessions are caused by demand shocks, there is no place for fiscal policy (at least, not until people have started trying to put fiscal policy back into New Keynesian models very recently). Mankiw has not been as hostile to the idea of fiscal stimulus as the Neoclassicals, but he has made it pretty clear that he doesn't think government spending does much to raise output.

Update 3: Commenter Ptuomov reminded me of this Mankiw policy paper from earlier this year. In the model Mankiw uses in the paper, fiscal policy is almost never useful, and can only be useful in a very limited set of circumstances (which Mankiw makes it clear he does not believe reflect our current reality). So IF Mankiw really believes in the model he uses in this paper, then musn't he believe that Obama's stimulus came at a time when those very specific circumstances held?

Update 5: But for true Closet Keynesianism, you can't beat the Tea Party. Wow.

Update 6: Smacked down by Mankiw. But note that my "tying myself in knots" was an attempt to be "nuanced", since I didn't actually want to "label [Mankiw] a hypocrite"...


OK, I have decided to stop posting updates. I almost regret writing this post, actually. In my attempt to show that Mankiw was sympathetic to the Old Keynesian point of view, I unfortunately seem to have ended up causing some offense (the "hypocrite" thing), which was certainly not my intent. And then I was led to try to parse the totality of Dr. Mankiw's actual views on stimulus, which turned out to be quite difficult (they are indeed nuanced). So I think I'll wrap up, by saying:

1) There is still a question in my mind as to why Dr. Mankiw has spent so much time and effort publicly criticizing the stimulus, when his views on it are so nuanced. However,

2) It turns out that Dr. Mankiw's quote on Kudlow was perfectly consistent with the theoretical papers he has written, meaning that the quote did not really reveal anything new. Certainly, the quote revealed no hypocrisy.

And I'll just leave it at that.
Author: Noah Smith Posted at 5:21 AM