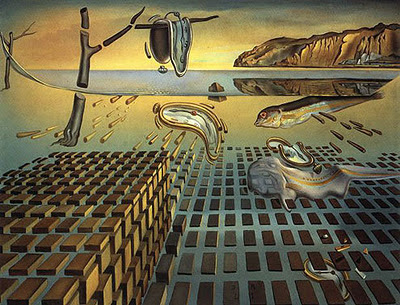 In the past few weeks I've had discussions with several different people about why financial markets are different from normal markets. I've come to realize that there is a very deep and fundamental fact about financial markets that almost nobody in the lay public - and a good chunk of people in the finance industry itself - don't understand. And that fact just happens to have implications that also shake the foundations of modern macroeconomics.
So it's time for another addition of Papers You Should Know. Today's paper is "Speculative Behavior in a Stock Market With Heterogeneous Expectations" by J. Michael Harrison and David M. Kreps (Quarterly Journal of Economics, 1978).

In a standard economic transaction, it is no mystery where the value to both sides comes from. When I buy a double espresso from Café Nefeli for $2.25, the coffee is more valuabe to me then $2.25 is...The sources of the gains from trade are obvious.

But in finance neither side is getting useful commodities. Instead, both sides are trading away claims to a pile of money and getting claims to a different pile of money in return. So how is it that me selling this pile of cash I have to you for that pile of cash that you currently own can be a good idea for both of us? Doesn't one of the piles have to be bigger? And isn't the person who trades the bigger for the smaller pile losing?

Update: Also see this article from today's NYT on Tom Sargent and Chris Sims (this year's other Nobelist). Both believe that modeling irrationality, as it exists in the real world, is the way to go.

Update 2: I just realized that a better title for this post would have been "Why is this market different from all other markets?" Ah, the "stairway wit"...
Author: Noah Smith Posted at 3:27 PM