What to teach intro economics students 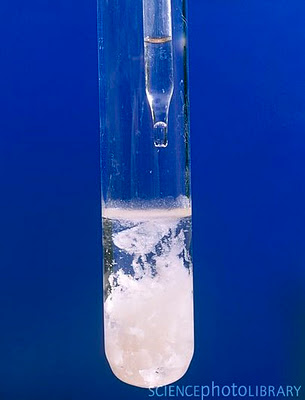 Greg Mankiw has a good response to the walkout of his introductory econ course, which basically agrees with what I wrote. Peter Dorman, however, is not satisfied:


[T]here is a central narrative at the introductory level that has hardly changed in at least a generation, perhaps longer.  It presents a system of perfectly competitive markets composed of rational, unconnected agents as the benchmark, from which specific deviations, like externalities, behavioral anomalies, sticky prices, etc., are considered one at a time.  Most of the interesting and important work in economics is about these deviations.  If you added up all of this innovative research, you would have a composite picture that is exciting, relevant—and light years away from the introductory narrative.

A huge gap has opened up between the introductory course and the work professional economists are actually doing.  Each departure from the narrative is considered one at a time, even though research has chipped away at all of them...Thus the introductory course still looks like a distillation of the research frontier, even though, if you put all the research results together, you would have something quite different.

First of all, I agree with Dorman completely regarding the research frontier. The whole notion of thinking of each interesting feature of the economy as a "friction," and then of considering only one or two "frictions" at a time, has been very detrimental. For one thing, it makes it hard to develop a useful model of the economy, since the actual economy contains many, many "frictions" (so many that the "frictions" together are usually more important than the "frictionless" dynamics that supposedly "underlie" them). Also, the "one friction at a time" approach makes it very difficult to generate any alternatives to the classical "core theory" of Walrasian general equilibrium. In fact, my main reason for disliking the DSGE modeling framework is that it is so unwieldy that it makes it prohibitively hard to introduce more than two "frictions."
But when it comes to intro economics - or, at least, intro macro - I don't see this dynamic in operation as much as Dorman does. Of course, I only know the classes I've taught (I've never taken an undergrad econ course). But I taught right out of Mankiw's book, and there was nothing particularly unusual about the curriculum.
Most of what I taught was not based on a system of perfectly competitive markets. For business cycle theory, we taught the AD-AS model (beloved of montarists like Scott Sumner), the supply and demand for money, the New Keynesian Phillips curve, and the old Keynesian Cross. RBC theories were never even mentioned in the lectures (although I gave students a brief overview of them in discussion section, much to their annoyance since RBC was not on the test!). In fact, there were nothing but frictions. The theories were so different that students often asked me "How do we know which of these models to use?" (provoking a laugh from me, since that is such an excellent and often-ignored question). The focus was always on market failures, and how governments should use policy to correct them.
In sum, intro macro really doesn't look like a distillation of the research frontier. Which is a good thing.
Actually, my beef with intro macro is different. I think there is a big chunk of the research frontier that intro courses completely ignore. I'm talking, of course, about empirics. The courses I taught had nothing to say about how we know if and when a theory is right. (Note: anyone who read that sentence and immediately started typing "But ALL theories are wrong!", please think very carefully about the concept of a "domain of validity" before you start spamming the comments. Thank you.)
In natural science courses, much of the focus is on empirics. It is critical to know when a theory is a good approximation of reality and when it is not, and looking at evidence is the only way to know this. So in high school physics, you roll a ball down a ramp and measure its position at different times to see how gravity works. In chemistry you dump some silver nitrate into some potassium chloride, and you watch the silver chloride precipitate out of the solution. In biology you look at cells under a microscope.
But in introductory macroeconomics this is not done. I never once gave students a data set and said "Here, regress Y on X". There was no reason I couldn't have. OLS is easy to do, and easy to explain (simple least squares is very intuitive and can be shown with a picture). Sure, intro students aren't going to be coding DSGE models in Matlab or converging MLE routines for structural models. But doing some simple empirics would give students a feel for how economists test their theories. It would give them a hands-on feel for data. And it would allow lecturers to explain why certain statistical techniques can lead to false certainty (i.e. the Lucas Critique).
As it stands, students in introductory economics courses walk away feeling that econ theories are "received wisdom" - that a theory is just something that a smart guy dreamed up, and then concluded was right because it sort of seemed plausible (which, sad, to say, describes some econ theories all too well). And - fortunately for American society - we have somewhat of an aversion to received wisdom. We call it by the name of "bullshit." And rightly so! As Feynman said, "Science is a belief in the ignorance of experts."
So I say, if you want to give introductory economics students a better picture for what the science is really good for, teach them the part that links theory to reality.
Author: Noah Smith Posted at 10:52 PM