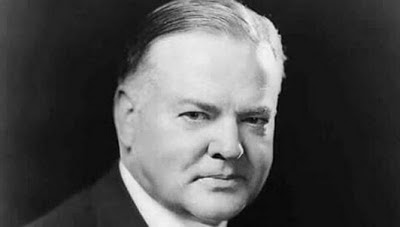 
Why has the recovery been so slow? What can we do about it? Alan Greenspan, George Shultz, Ed Prescott, Steve Davis, Nick Bloom, John Cochrane, Bob Hall, Lee Ohanian, John Cogan and I recently met at the Hoover Institution at Stanford to present papers and discuss the issue with other economists and policy makers including Myron Scholes, Michael Boskin, Ron McKinnon and many others...In sum there was considerable agreement that (1) policy uncertainty was a major problem in the slow recovery, (2) short run stimulus packages were not the answer going forward, and (3) policy reforms that would normally be considered helpful in the long run would actually be very helpful right now in the short run.

Wow, shocking. The recession is Obama's fault for being a crypto-socialist, stimulus doesn't work, and the rich should get tax cuts. Who would have ever guessed that this team of mavericks would reach such a startling conclusion?

But I kid. Actually, the story of the Hoover conference is a little more interesting. It seems to have been pretty evenly split between people who simply re-asserted the standard conservative line, and people who supported either Keynesian solutions or an end to Republican obstructionism, but whose conclusions were spun in the writeup to fit the conference's (or Taylor's) preferred conservative policy line. So let's look at the specifics of what was said, as reported by Taylor.


George Shultz led off by arguing that diagnosing the problem and thus finding a solution was extraordinarily important now, not only for the future of the United States but also for its leadership around world.

Because if we haven't diagnosed the disease, we might as well recommend that the patient drink lots of fluid and get plenty of exercise. That seems to be the idea here. Actually, I am pretty cool with that, since I like it when people admit how much we don't really know. It shouldn't be interpreted as blaming "uncertainty" or calling for austerity, though.

On to Alan Greenspan:

Alan Greenspan presented empirical evidence that policy uncertainty caused by government activism was a major problem holding back growth, and that the first priority should be to start reducing the deficit immediately; investment is being crowded out now.

Wow, empirical evidence that policy uncertainty is holding back growth? Show, us, please! Sadly, Greenspan's evidence appears to be proprietary, and only available to people who pay Greenspan Associates for the privilege of hearing that Obama's crypto-socialism is crippling the economy. Whereas the rest of us poor folks are forced to post all our evidence to the contrary online, for free.
Nick Bloom, by contrast, actually does have some evidence. With Scott Baker and Steven Davis, he constructs a measure of policy uncertainty that matches historical events like 9/11, and then shows that this measure has spiked recently as well. That is well done! Of course, it's not certain which way the causality runs; large economic crises necessitate large policy responses, and there will probably be uncertainty as to what those responses will be. But anyway, Bloom appears to have produced by far the best available study on the role of uncertainty, and he should be applauded for this. Note: John Taylor fails to mention that, according to Bloom's measurements, the main sources of uncertainty in the current recession have been A) Republican brinksmanship over the debt ceiling, B) Europe, and C) efforts to sue Obama's health care bill out of existence...
Anyway, onward! Next up we have Ed Prescott:

Ed Prescott had the most dramatic policy proposal which he argued would cause a major boom and restore strong growth. He would simultaneously reform the tax code and entitlement programs by slashing marginal tax rates which would increase employment and productivity.

This line actually made me laugh out loud. A "dramatic policy proposal"...cut tax rates for the rich! Ed Prescott, you maverick, you.
But now I come to a presenter with a very differentparadigm...Robert Hall, whom a professor in my department once called the "greatest macroeconomist working today":

Bob Hall argued that fiscal policy was not working, and focused on alleviating the zero lower bound constraint on monetary policy.

This phrasing makes Hall sound like an opponent of fiscal policy. But actually, the exact opposite is true! Hall is one of the most eminent "Keynesians" in the field, a big proponent of government expenditure as a way to get out of recessions. If you don't believe me, read this paper he wrote on fiscal stimulus. In fact, I was pretty surprised to see his name on the Hoover conference list, given this fact.
So why is Hall now saying that "fiscal policy 'was' not working"? Well, what he almost certainly means is that most of Obama's ARRA stimulus came not in the form of government purchases of things like infrastructure, but as tax credits and grants to the states, both of which were promptly saved rather than spent. This is a point that has been made by, among others, Paul Krugman and John Taylor.
So what Hall actually said at the Hoover conference was almost certainly "Congress should borrow money and buy more infrastructure, but since it appears unwilling to do so, the Fed should print money and buy financial assets." In other words, pretty much the standard Keynesian line (Update: via Paul Krugman, I find out that Hall's position is that Obama's stimulus did help make the recession less severe, and that the stimulus should have been larger). As for John Taylor himself, the paper he presented at the Hoover conference was the one I discussed here, which said pretty much the same thing that Hall said - stimulus spending should have been more about spending on infrastructure, and less about handing people blocks of cash that they promptly stuck under their mattresses.

Which is a good point, but not really an argument for austerity.
Finally, there was Lee Ohanian:

Lee Ohanian showed that unemployment remained high in part because of restrictions on foreclosure proceedings which increased search unemployment by allowing people to stay in their homes for longer periods of time.

That's kind of interesting, actually.
Anyway, let's sum up. What we have here appears to be a conference to which the Hoover Institute invited A) prominent conservatives (Greenspan, Prescott, Cochrane, and Ohanian), and B) people who happened to be sitting nextdoor at Stanford (Bloom, Hall, and Taylor), with an eye to reiterating and affirming standard conservative policy prescriptions: austerity, tax cuts for the rich, etc. What they got wasn't quite that, but it was close enough where the dissenting voices could be spun to sound as if they agreed with the party line. Not sure if it was someone at Hoover or just Taylor himself doing the spinning. But either way, the conference shows that even in relatively conservative circles, substantial deviations from the party line can't help but pop up. Put enough smart people in the room, and at least a couple smart things will probably end up getting said.

Update: Paul Krugman thinks John Taylor heavily spun the conference results. Taylor begs to differ. In particular, Taylor says that things were discussed at the conference that were not contained in prior research by the presenters. That is, of course, usually the case at conferences; I am looking forward to seeing the discussion published.

I do have one quibble with Taylor, btw. In his new post, he writes:


Krugman claims that my summary mischaracterized the presentation of my Stanford colleague Bob Hall...As part of his presentation Bob said that now and going forward we should assume “no chance of conventional fiscal expansion; rather, possible cutbacks motivated by excessive federal debt.” That is why Bob focused his paper at the conference on monetary policy and the problem of the zero lower bound, and that was what all the discussion of his paper was about, rather than on his earlier work on the multiplier[.]

But in his original summary, Taylor wrote: "Bob Hall argued that fiscal policy was not working." (emphasis mine on both quotes)

"Not working" and "not politically feasible" are two very, very different things.

Update 3: Menzie Chinn elaborates on how Nick Bloom's research supports the hypothesis that it is Republican fiscal brinkmanship, not Obama administration regulatory policy, that is causing uncertainty. Well worth a read.
Author: Noah Smith Posted at 6:14 PM