Scott Winship fails to show that Alan Krueger is a liar 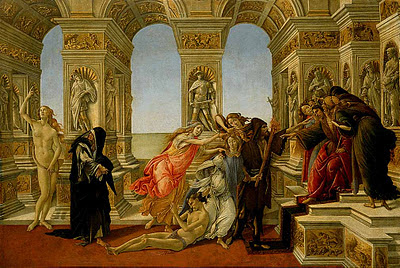 Ever since Council of Economic Advisors chair Alan Krueger gave a speech on inequality, conservative media have been hard at work trying to debunk his claims. Increasingly, the go-to numbers guy on the right is Scott Winship of the Brookings Institute, who has written a series of articles at the National Review. Several of these articles have recently been linked and praised by Tyler Cowen.

Cowen's most effusive accolades were reserved for this piece, about which Cowen says "The post is excellent throughout and it contains many more points of interest." So I thought I'd take a look at this "excellent" Winship post and see what it had to offer. What I found, disappointingly, was a mix of insults, value judgments masquerading as refutations, dubious logic and concern trolling. So I thought I'd do my usual thing...go through the piece point by point, so readers can see why I reached the conclusions I reached...
Warning: This gets long.

[T]he more Obama can make the election about big-picture economic issues like inequality and mobility, the less flack he will take for the more immediate problem of a still sluggish economy...

I’ll be honest—I have a fair amount of sympathy for much of President Obama’s agenda...I am even open to the idea that our high levels of inequality are problematic...But I am exasperated by the Administration’s casual claim that opportunity in the U.S. for the typical American is on the decline...

The president’s strategy may prove successful, but it could have the shameful effect of unnecessarily raising Americans’ economic anxiety levels...Even worse, by talking down opportunity, the president could actually depress upward mobility.

As you  can see, the concern-trolling has already begun. "I support Obama and care about inequality...I'm just pissed about his lack of empirical rigor! Oh, and also he's just trying to scare Americans and distract them from our real problems for his selfish political gain. But no really, I'm just a dispassionately concerned data guy!"
But then the real kicker comes in this line:

The latest attempts to justify this claim [of reduced opportunity], in Krueger’s speech, have crossed the line from ill-supported to deceitful.

Oh, so Krueger is a liar, is he???
I say that if you are going to call a respected economist a liar, you had better have some pretty damn good evidence to back that up. Let's see if Winship has the goods on Krueger.
The first thing Winship does is to recap his past successes against the Obama administration. He links back to an earlier piece of his that cast doubt on an earlier administration claim that economic mobility in America has decreased in recent years. On balance, that earlier piece is much more convincing (and less calumnious) than the current piece, so I will give Winship a pass on this point; let's assume that it's not clear that mobility has really fallen in America. However, as Winship notes, the numbers he criticized in the earlier piece were not included in Krueger's speech...so let's turn to what Krueger actually said in his supposedly "deceitful" speech.
Winship next attacks Krueger's contention that the American middle class is shrinking:

Krueger presented estimates indicating that the percentage of American households who were in the middle class fell from 50 percent in 1970 to 42 percent in 2010...I was surprised to realize that the Administration had defined “upward mobility into the middle class” in such a way that it did not count “upward mobility into higher-than-the-middle-class.” This…unusual definition had the effect of understating how many poor people become at least middle class, which is certainly the relevant figure.

Krueger’s claim of a shrinking middle class relies on the same peculiar definition. Specifically, “middle class” is defined as having a household income at least half of median income but no more than 1.5 times the median. I re-ran the numbers using the same definition and data source as Krueger and found that the entire reason the middle class has “shrunk” is that more households today have incomes that put them above middle class...

A shrinking middle class is only a problem if it reflects fewer people reaching the middle class. That is clearly the impression the administration wants to give, but it is entirely dishonest to do so.

Winship presents this as a refutation, but it is actually a value judgment. Krueger is talking about inequality, and he presents numbers on inequality. Winship is saying "No, you shouldn't care about inequality, you should only care about absolute income levels and the upward mobility of the poor."
Put another way, imagine if everyone makes $10,000. Then imagine a couple of people's income goes up to $1,000,000 while everyone else stays the same, thus shrinking the middle class. Would you, the voting citizen, have a problem with this if it happened? You might, and you might not. But if Krueger and Obama think that inequality is a problem in and of itself, who is Winship to tell them to think otherwise? Just because Krueger chose not to focus on what Winship believes is "the relevant figure" and the "only important" issue does not mean that Krueger is "dishonest." A value judgment is not a refutation! (Time for a Principle #8?)
But there's another problem with Winship's claim. Yes, it is true that from 1970 to 2011, the shrinking of the middle class, on net, reflected (unequal) upward mobility out of the middle class. That is because absolute incomes themselves increased a lot between 1970 and 2011. But if you look at the period from 2001-2011, it is a different story entirely. In that period, median household income fell substantially. The "middle class," which is defined relative to median income, thus became poorer over that time. In other words, since 2001, poor people could move into the "middle class" without making a dime more in income; the middle class came to them. And this is what Winship calls "upward mobility"!
Winship paints a picture of an America that is becoming more unequal only because a rising tide is lifting some boats faster than others. That may have been an accurate picture in the 80s, but it has not been accurate for over a decade.
Next, Winship takes on the much-talked about "Great Gatsby curve," which shows a cross-country correlation between income inequality and intergenerational mobility. The first thing he does is to cast doubt on the cross-country data, citing several ways in which these might be mismeasured. These complaints are certainly valid, but do they refute Krueger's point...or reinforce it? I hereby outsource my argument to Justin Wolfers of the Freakonomics blog:

Basically, Winship has a bunch of complaints about how the data are constructed — and many are valid...It’s a standard play from the wonk-fight playbook: throw lots of mud at the data, and hope that this leads people to mistrust the conclusions that follow.

Here’s the thing: his criticisms actually strengthen the original finding.

Think about it. Imagine how strong the “true” relationship must be if it shows up even when using only rough proxies for the “true” levels of inequality and immobility. In light of Winship’s criticisms, the high correlation in this chart is all the more remarkable.  If his gripes are correct, then graph understates the correlation between inequality and mobility...

[If] the data are a pretty poor proxy for what’s really happening...there’s actually a very strong link that’s being disguised by imperfect data.

So if the relationship between inequality and immobility holds across multiple data specifications, then Winship's "critique" is just proving Krueger's point. But maybe the Obama administration just cherry-picked the one data specification that seemed to show a relationship? Ah, but no. In his next paragraph, Winship writes:

Admittedly, all of the charts like this that researchers have created show a relationship between inequality and immobility.

So Winship's argument is: "Any way you slice it, the data seem to support Krueger. But those data are noisy! Therefore Krueger is a liar!"
Refutation FAIL.
Winship's last substantive point is to attack Krueger's projections of future immobility:

There is one other big problem with [Krueger's figures]...particularly when a researcher is estimating future mobility, as Krueger did. If one believes that inequality diminishes opportunity, one should look at how inequality experienced in childhood affects mobility between childhood and adulthood. Krueger’s immobility data are, for the most part from people who were in their 30s during the 1990s, so they should be matched with inequality data from the 1960s, when those people were children. But instead they are matched with inequality data from 1985...

This is just not right, for two reasons. Reason 1 is that inequality levels may be persistent. If inequality in 2011 predicts inequality in 2036, and if the contemporaneous correlation between inequality and immobility that was observed in 1990 continues to holds in 2036, then the rise in inequality from 1990 to 2011 predicts a rise in immobility from 2011 to 2036 (even if that rise has not yet made itself apparent in the 2011 immobility data!).
Reason 2 is that inequality may contain a persistent trend. If the rise in inequality from 1990 to 2011 predicts a similar rise from 2011 to 2036, and (again) if the Great Gatsby contemporaneous correlation holds, then we should expect to see much higher immobility by 2036.
So Winship's complaint - that the Great Gatsby curve measures a contemporaneous correlation - does not invalidate Krueger's warning of increased immobility. Ironically, there are some good arguments Winship could have trotted out against Krueger's immobility forecast - 1. correlation does not equal causation, and 2. the Great Gatsby curve could all be due to country fixed-effects, thus making longitudinal predictions invalid. However, for some reason, Winship does not choose to make these arguments, and instead relies on some very weak tea.
Winship concludes his article with some more concern-trolling:

[The Obama administration is] needlessly scaring the middle class into doubting their own security...So the president’s strategy is likely to hinder recovery from the Great Recession. In fact, there is reason to believe that Americans are more generous when they feel they are doing well than when they feel they are at risk, in which case the Administration’s strategy is doubly counterproductive if it wants to help the bottom.

Yeah, yeah. "Obama is slaughtering the economy with his socialist rhetoric, but really I'm only complaining because I care so much about helping the poor and disadvantaged." Gotcha.
But OK, let's back up. Winship called Alan Krueger "deceitful"! And nowhere in this article do I see anything even remotely resembling convincing evidence that this is true; instead I see a mix of value judgments and fallacious arguments. I say that if you are going to call someone a liar, you should back up your allegation really really well. Winship has not done this.
If I were Tyler Cowen, I would not have lavished such unqualified, effusive praise on this article.


Update: Winship responds to my point about the shrinking middle class by basically reiterating his point that if the middle class shrinks because people are moving to higher parts of the distribution, that's OK, because there's no downward mobility. He completely ignores my point that if the median is falling - if the middle class as a whole is getting poorer - then this does not seem very OK, even by his definition. As an example, consider a country in which everyone makes $10,000. In this country everyone is middle-class. Now suppose that two-thirds of the people see their incomes fall to $5000, while the rest are unchanged. The middle class, defined as median income +/- 50%, has shrunk, and it has happened without anyone moving to the lower extreme of the distribution. By Winship's definition, this constitutes "upward mobility". And has the median income been falling in the U.S., thus defining "middle class" downward? Yes. The median American household was about as rich in 2010 as it was in 1987, while working a lot more for that income.