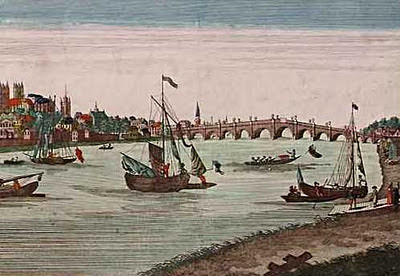 I recently had a Twitter conversation with (probably) Karl Smith Adam Ozimek (who shares a Twitter account with his co-bloggers), about whether or not mercantilism - export subsidies and import protection - is ever sound policy. Probably-Karl Adam's answer was "No." In giving this answer, probably-Karl Adam has the vast bulk of the economics profession behind him; in fact, it is often said that free trade is the only area of policy where economists agree. Naturally, this means that I must quixotically attempt to challenge the conventional wisdom.

In defense of the "free trade is always good" proposition, probably-Karl Adam directs me to this Brad DeLong post from 2007, in which DeLong referees an exchange between Dani Rodrik and Don Boudreaux:

In the ring, Dani Rodrik stumbles into a knockout punch from Don Boudreaux:

...If it's true that theory and evidence in favor of protectionism are sufficiently strong to warrant economists abandoning their conclusion that free-trade policy is generally sound, then why shouldn't economists -- led by Dani Rodrik -- also start exploring the potential benefits of intra-national protectionism?  Surely a scholar not benighted with the free-trade "faith" ought to take seriously the possibility that, say, Tennesseeans could be made wealthier if their government in Nashville restricts their ability to trade with people in Kentucky, Texas, Rhode Island, and other states?...

I suspect that if someone proposed to Dani Rodrik that he explore the wealth-creating potential of state-level protectionism, he would refuse.  He would likely (and correctly) say that it's ridiculous on its face to suppose that such protectionism would make the people of Tennessee as a group wealthier over time...

I score this for Don: a knockout.

The argument that Boudreaux uses is this: "If mercantilism is good policy at the nation level, why isn't it good policy at the U.S. state level?" DeLong finds this argument convincing. I do not, because I think it conflates two very different notions of what "good policy" means.

Suppose that trade policy is like a Prisoner's Dilemma game between two countries, where "cooperating" represents free trade and "defecting" represents mercantilism. The outcome that maximizes the total payoff - the Pareto optimal outcome - is for both countries to adopt free trade. But mercantilism is a dominant strategy.

Applying this conjecture to the case of U.S. states, there is a federal government that explicitly disallows states from pursuing most mercantilist policies (export subsidies, import taxes, etc.), thus forcing the Pareto-optimal outcome. But there is no world government, so nations should be mercantilist, since it is rational to play dominant strategies. As a result, in this conjectured world, it is perfectly reasonable to disallow mercantilist policy at the state level while pursuing it at the national level. Thus, DeLong and Boudreaux's point does not seem obviously right to me, since there may be strategic aspects to international trade.

Now, you may ask, in what model would trade policy really be a Prisoner's Dilemma? Well, I can think of one off of the top of my head - the New Economic Geography, my favorite development theory. In the international-trade version of this theory, countries undergo development one by one, not all at the same time. Beginning a development explosion requires investment from developed nations. Thus, whichever country with the lowest unit labor costs in the exportable goods sector (net of transport costs) will be the first to develop. In this world, undeveloped countries can compete to be the next country to develop, by subsidizing their exports (even though this subsidy can create a global inefficiency). Trade policy is a Prisoner's Dilemma between undeveloped nations.

I am not claiming that this is the world in which we live (but it might be!). I am simply making a point: Just because a world of free trade is the best possible world doesn't mean that free trade policy is always optimal for a country to adopt. I have not made an airtight case for mercantilism in this post, but I think I've addressed one of the main arguments against it.
Author: Noah Smith Posted at 5:09 PM