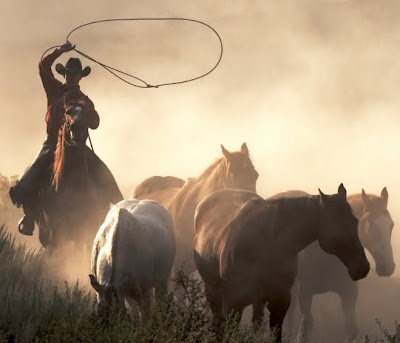 Almost forgot it was Thursday!

Hmm, some of my comments on these links are getting rather long. What do y'all think...should I start doing a bunch of mini-posts, or stick to long infrequent posts?

1. Barry Ritzholtz explains why trying to be an active investor without a supercomputer and a staff of trained finance professionals is a mug's game. Remember: Friends don't let friends day-trade.

2. Simon Wren-Lewis says what few are willing to say publicly: that macroeconomic arguments are really thinly veiled arguments about income redistribution. Is he right? I don't know. I'm a cynic, so I'll say "probably, a lot of the time."

3. Felix Salmon points out that tying company's fortunes to their short-term stock performance tends to destroy them. Very true. Remember that stock prices display excess volatility. Tying a company's fate (or the pay of an executive) directly to its stock price introduces a bunch of noise into the outcome of who lives and who dies (or who gets paid a lot and who gets paid a little).

4. Mark Thoma excerpts some recent NBER research on the importance of manufacturing. Interesting stuff. However, don't expect this to convince Ryan Avent.

5.  Steve Williamson flags and summarizes some very interesting research on chained transactions. I've been thinking about this in the context of counterparty risk for a long time, and I'm considering getting in on this research program.

6. Two Paul Krugman posts remind us why our intuition says fiscal stimulus works: A) GDP often seems to go up during wars, even though the things being produced are mostly destroyed, and B) cutting spending seems to deepen recessions. These are two big reasons that macroeconomists keep trying to make models in which stimulus works, even though the profession has not made it easy for them to make those models.

8.  Econ debate of the week: Arnold Kling says that if the output gap is negative, we should be seeing deflation. Ryan Avent says that no, low inflation by itself is enough to indicate a negative output gap. I tentatively score this debate Kling 1, Avent 1, which is just to say that I don't think anyone understands inflation dynamics well enough to know who's right here. If hysteresis is having a big effect, it helps Kling's argument.

9. Scott Sumner has a great post on why we should increase immigration from China.

10. Nick Rowe thinks we should stop thinking about money as a store of value, since all goods can be stores of value. But I think this is not right...since money can (under normal circumstances) be used to buy any good, we can expect the price of money to be less volatile than the price of any good. As a store of value, money gives you a real rate of return of -inflation (unless people ditch the currency for outside money), while any consumption good gives you a real return of -depreciation + change in relative price. Hence, I feel like money has special value as a passive investment vehicle...

11. And last but not least, Maria Popova discusses how to think like a scientist. Everyone should read this article, especially economists...
Author: Noah Smith Posted at 1:22 PM