An interesting model of asset bubbles 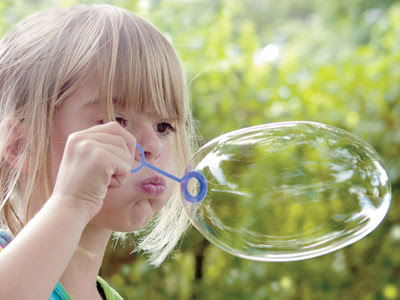 Yesterday I was lucky enough to catch a talk by Gadi Barlevy of the Chicago Fed, one of the people whose work on bubbles inspired me to tackle the topic. Gadi presented a very interesting theory of bubbles, of a type that I hadn't studied closely before, so I thought I'd blog about it.

The paper, "A Leverage-Based Model of Speculative Bubbles" (Barlevy, 2011) is available here.

For our purposes, "bubbles" are situations in which asset prices rise quickly above fundamental values and then subsequently crash. This captures both the phenomenological notion of a bubble (prices rise and then fall) and the economically interesting possibility that prices might exceed fundamentals (thus indicating a market failure).

In any situation when assets are overpriced, the question is: Why would people pay more for an asset than it is fundamentally worth? There are many possible answers, but most of them involve some irrationality on the part of some subset of traders. It's difficult, but also very interesting, to try to imagine a situation in which a market made up of fully rational individuals would still overpay for something. The Barlevy (2011) model does precisely that. Instead of irrationality, the culprit is asymmetric information.

In the Barlevy (2011) model, which is based on some earlier models by Franklin Allen, people overpay for financial assets because they don't fully bear all of the risk - they buy the asset with borrowed money, so if the price crashes they can just default on their loans.

So why would anybody loan money to people who intend to use the money to buy overpriced financial assets? That sounds like a bum deal! The answer is that the people lending the money may not know what the borrowers are going to do with it. There may be some borrowers who will be able to do something productive and worthwhile with the money they borrow (Barlevy calls these "entrepreneurs" but I prefer the term "productive borrowers"). Lenders can't necessarily tell the difference between these people and the "speculators" who will just dump the money into risky financial assets.

Now how about the rise-and-crash pattern of pricing? This gets a little trickier. It has to do with uncertainty about the payoff from the risky asset. In the model, there is a chance that the payoff will be revealed sooner, and a chance that it will be revealed later. If the payoff is revealed later - in other words, if traders suddenly discover that they have to wait to find out how much income they can get from the asset - then the bubble will grow. Whether the bubble grows can also can depend on the composition of the market - whether a bunch of new speculators show up in the interim. This latter mechanism is similar to what happens in "noise trader" models of bubbles.

But anyway, there are several features of this model that make it interesting and new. One is that bubbles can grow without people being overly optmistic about future asset prices - in fact, the reason that bubbles grow is precisely because traders are initially afraid that the bubble might pop, which holds down the price! Thus, speculation is based not on "irrational exuberance," but on fear.

Another interesting feature has to do with the type of contracts that lenders make with borrowers. In particular, the Barlevy (2011) model requires that debt contracts are "backloaded" - that borrowers borrow now and pay back later. This gives the bubble - which depends on the risk-shifting caused by borrowing - time to grow. This requirement may initially seem like a weakness of the model, but actually it is a strength, because it allows the model to make a very testable prediction: Bubbles will be bigger when debt contracts are more backloaded. Looking at the recent housing bubble, Barlevy finds that states with more interest-only mortgages (i.e. backloaded debt contracts) experienced bigger house price bubbles.

So that's the model; very interesting stuff. It does raise one big question in my mind, though: What about the tech bubble? The late-90s tech bubble was about the same size, in terms of the size of the price run-up and crash, as well as the total wealth involved, as the mid-2000s housing bubble, but involved far less debt (in fact, many argue that lower leverage is precisely the reason why the tech bubble wasn't as damaging to the real economy). In the Barlevy (2011) model, people only buy into bubbles if they are using borrowed money. Can this be reconciled with the appearance of bubbles that involve mostly non-borrowed money? Is it possible that housing bubbles and stock bubbles are two different phenomena?

Anyway, I encourage everyone who's interested in bubbles to take a look at Gadi Barlevy's work. The financial crisis right refocused the econ profession on financial instability and asset market failures...but Barlevy was doing it before it was cool!
Author: Noah Smith Posted at 4:16 PM