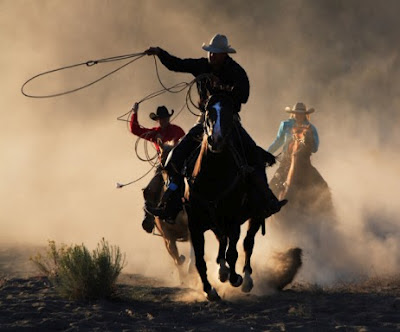 Finding links that Mark Thoma hasn't already found is always a tall order. Which is why my roundups always inevitably contain some repeats from his daily lists. Everyone in the econ blogosphere should just start using the phrase "htmt", meaning "hat tip Mark Thoma"...

So here you go: this week's underappreciated and/or under-discussed econ bloggage:


1. More Microfoundations Madness!
1a) Simon Wren-Lewis has more thoughts on microfoundations and when they have proven useful in the past.
1b) Angus of Kids Prefer Cheese says that current models basically give you the choice between using crappy microfoundations (RBC) or incomplete microfoundations (New Keynesian models). Peter Dorman  I pretty much agree with all of these posts.
1c) Peter Dorman points out that even if you have good microfoundations, aggregation poses a daunting problem for macro models. Richard Serlin makes similar points.
1d) Peter Dorman and Andrew Gelman are even more critical of existing micro models than I am.

2. David Beckworth shows that stock prices correlate with inflation expectations. He argues that this is evidence that aggregate demand is driving macroeconomic performance. But shouldn't stock prices rise if the price of output itself is expected to rise?

3. Annie Lowrey links to some studies about the economic benefits of contraception, including one study by my fellow Michigan PhD candidate Brad Hershbein.

4. David Barboza has some very interesting insights into China's ongoing structural transformation; apparently, the shift from state-owned enterprises to private industry, which stalled or reversed in recent years, is becoming a big point of political contention within the country.

6. Ed Glaeser argues that cash benefits for the poor are better than food stamps. He's right, of course. But surely he realizes the fact that in-kind benefits are more politically feasible than cash benefits...right?

7. The Freakonomics blog reports that being rich tends to make you a bit of a sociopath. Doh! Rich people need more hugs!!

8. Ryan Avent is not a fan of agglomeration theory, or of the "Great Relocation" hypothesis.

9. Karl Smith backs Paul Krugman's contention that states were borrowing-constrained in 2009-10, and that the ARRA helped keep their spending constant.

11. Alex Tabarrok points out that high college dropout rates mean we should reevaluate who we send to college. Anecdotally, I know of some kids who go to college expecting to party and not to work. They tend to drop out, since American colleges actually do make you work pretty hard. Those party kids would be more at home in Japan or China, where universities are notorious for being all about partying and not about homework.

12. Matt Yglesias offers a good intuitive argument for why stimulus should speed up needed structural transformations in the economy. One could argue that that's what happens during wars!

13. John Taylor defends his research on the ARRA against criticisms by Christina Romer.

14. A great (and long) essay on heterogeneity in economic models, by the Minneapolis Fed. Anyone interested in macro should go read this. (htmt)

15. On the matter of the Koch/Cato fight, Corey Robin notes that libertarian writers like Julian Sanchez feel a need for autonomy in their jobs...but autonomy at work is conspicuously absent from the typical "libertarian" definition of liberty. Just one more reminder that freedom should be about what feels like freedom, rather than some arbitrary rigid synthetic definition. (htmt)
Author: Noah Smith Posted at 3:23 AM