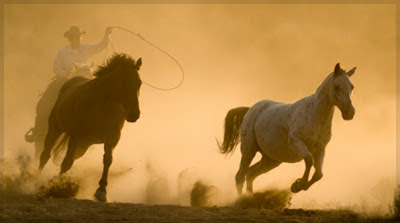 This week in econ: A bunch of people are talking about philosophy-of-macroeconomics, which I like...things like microfoundations, rational expectations, bounded rationality, learning, and untested hypotheses. This is just my kind of nerdery! Elsewhere, people are arguing about monetary policy even more than usual. It's another day in the ER...er...econosphere...

1. The great Microfoundations Discussion continues!
1a) Steve Williamson has a detailed explanation of why macroeconomists think microfoundations are important, and when a model is really "microfounded". I basically agree with everything in the post, except that I'm a bit more optimistic than Williamson about the potential for microfoundations to improve forecasting performance. Also, I wish Steve wouldn't use that horrid "All models are wrong" line...
1b) Paul Krugman alleges that microfounded models have only performed better than aggregate-only models in one case: the stagflation of the 70s. I think that this is correct. I think that what it means is that we need better microfoundations.
1c) Simon Wren-Lewis, however, thinks that microfoundations have improved our macro models a lot, particularly in the transition from Old Keynesian models to New Keynesian ones.
1c) David Glasner thinks that economics journals and other institutions of the profession have arbitrarily restricted the type of microfoundations that macroeconomists are "allowed" to use, with disastrous results. I am not familiar with the history that he is talking about, but I've seen this type of methodological tyranny (or herd behavior?) in other areas, so I wouldn't be astonished if he was right.

2. Mark Thoma turns Republican hackonomist Kevin Hassett into a small purplish stain on the carpet with a concentrated blast of Gotcha.

3. Brad DeLong explains why he doesn't think monetary policy does the trick in a liquidity trap. Scott Sumner, of course, disagrees.

4. Scott Sumner is not happy with Eugene Fama's denial of the liquidity effect. Not happy at all!

5. The Economist reminds us that nuclear power is the great failed dream of human science and technology. If we had found better ways to unlock the vast stores of energy that we know are lurking inside the nuclei of atoms, we'd have those flying cars and Mars colonies and everything people thought we'd have back in the 50s (OK, the Economist doesn't say that, but it's true).

6. Dani Rodrik does a great piece on the complicated politics of free trade. The "consensus" many people think exists may be an illusion!

7. I may be mistaken, but Nick Rowe seems to have joined the ranks of the "MMT" people. Those are the people who think that money is not a central bank liability, right? (Update: Or not; see comments. It just goes to show I don't really know exactly what MMT is and am not really interested enough to take the time and go learn. Sigh.)

8. Ryan Avent claims that China's currency has appreciated enough...even though China hasn't "rebalanced." And even though China still runs a big trade surplus with the country whose currency it pegs to. What?

9. Raghuram Rajan spends an entire column arguing that inequality makes people borrow too much money and makes politicians too willing to let people borrow money...then he closes by saying: "In general, expanding access is beneficial (just not before a crisis!), but finance is a powerful tool that has to be used sensibly. Access is good; excess is bad." Looks like someone's suffering a little cognitive dissonance!

10. Paul Krugman catches Amity Shlaes rewriting economic history. Which, to be fair, is kind of like catching a raccoon stealing your garbage...not exactly a surprising catch.

11. If you want to know all about DSGE models, follow this link from Greg Mankiw. Yes, there is math involved...but you don't mind a little math, right?