Microfoundations would be nice if we had them 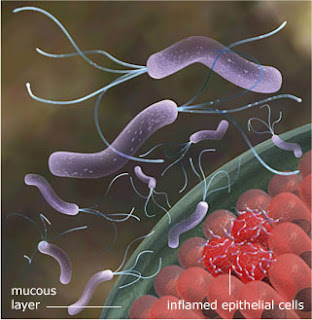 
But while reduction is something scientists inquire into, it's never been the case that reduction is the sine qua non of useful scientific inquiry. To the best of my understanding, Newton's account of gravity didn't have any microfoundations at all. It was a mathematical formalization of observations about how the world functions...

And crucially the key test a purported effort to provide microfoundations for gravity must pass is that it has to explain gravity well. The trend in economics since the Lucas Critique seems to be the reverse. If a theory lacks adequate microfoundations, it's rejected out of hand while you get a lot of wriggle room in terms of accounting for the data properly...

The right answer is that productive inquiry can happen at many different levels of understanding and the appropriate test of a theory is whether it gives some kind of useful account of the thing it's supposed to explain.

I have a few responses to this, which don't fit into a coherent whole, so I'll just make a list:

1. Gravity is different from macroeconomics in several ways. One way is that we don't actually know if there is any phenomenon "underlying" gravity. Gravity might not be explainable in terms of any broader, more general phenomenon. But we know for a fact that macroeconomics is the result of a whole bunch of little economic decisions by individuals and companies. This, not the Lucas Critique, is the real reason we look for microfoundations for macroeconomics. Now, maybe some macroeconomic phenomena don't have microfoundations; maybe they are emergent. But we don't know that yet.

2. Another way in which gravity is different than macroeconomics is that you can test gravity in a lab. With macro, our empirical data come from economic time series, which are basically a very poor window into the phenomena we're trying to understand. Time-series econometrics, currently our only tool for matching macro theories to data, is pretty inadequate. Microeconomics, however, often can be tested in a lab, or with reasonably abundant "natural experiments" that don't exist in macro. So finding microfoundations for macroeconomics would allow us to be more scientific about the whole thing.

3. Matt says "the appropriate test of a theory is whether it gives some kind of useful account of the thing it's supposed to explain". This is a paraphrase of Milton Friedman's quote that "theory is to be judged by its predictive power for the class of phenomena which it is intended to 'explain.'" But "useful account" and "predictive power" are not precisely defined terms. For example, people once believed that psychological stress caused ulcers. This explanation had good predictive power - people who were under a lot of stress started having ulcer pain. And it was a useful account, since you could reduce pain by reducing stress. But eventually we found out that bacteria play a big role in ulcer formation, almost certainly bigger than the role played by stress. In this case, a decent non-microfounded theory was vastly improved by a successful search for microfoundations.

4. Having said all this, I agree with Matt that there is too little respect for data in macro today (probably because if there were more respect for data, macroeconomists would have to say "We don't really know whats going on" much of the time). And I agree that productive theoretical analysis can in principle be conducted at any level of complexity. If this idea is used to argue that we shouldn't require macro theories to be microfounded, then I agree. If this idea is used to argue that looking for microfoundations in macro is a waste of time and effort, then I disagree. Having microfoundations is better than not having them.

5. Once again, let me reiterate that the big problem with "microfounded" macro, as I see it, is that the "microfoundations" are bad: not credible, and generally not consistent with anything microeconomists have actually found. Bad microfoundations are worse than none at all.


Update: Here's Peter Dorman with some specifics about bad microfoundations. Actually, having read a bazillion experimental papers, I am of the opinion that some neoclassical micro matches reality pretty well and some doesn't. See here for a partial survey.