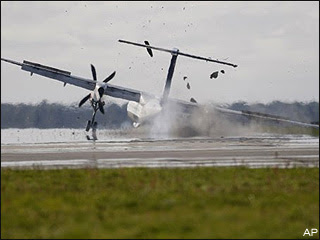 You may have heard someone ask: "Will China have a soft landing or a hard landing?" Those terms aren't well-defined, but the question is still at the very heart of the global economy. Something big is happening in China, and we should all be paying attention.

I think the most useful definition of "soft/hard landing" is whether the thing slowing China's growth is more about supply or more about demand. No country can sustain 10% growth forever. Eventually, the twin forces of Solow catch-up and slowing technology transfer will bring growth down. If China follows the pattern of history, it is due for a moderate slowdown, perhaps to 7% growth, as demonstrated in this paper by Barry Eichengreen and Kwanho Shin. In fact, the more sober economic forecasters have already assumed that 7-8% will be China's "trend" growth rate going forward. 7-8% is not bad at all; hence, a "soft landing".

The soft landing scenario is fundamentally a story about long-run supply. Hence, we should not expect unemployment to result. And indeed, for the past year, even as growth and investment slowed, Chinese unemployment stayed low.

In contrast, a "hard landing" would be the kind of thing the developed world saw in 2008 (and the developing U.S. saw in 1929) - a financial crisis, followed by a general flight to safe and liquid assets, a collapse in bank lending, and a rise in unemployment. This would bring growth down substantially below the 7-8% level. The "hard landing" is basically a gigantic aggregate demand shock.

In the case of China, the danger here is the combination of house prices and local government debt. House prices rose a lot in recent years, and many companies and local governments took out debt using the suddenly-more-valuable real estate as collateral, often making use of a "shadow banking" system (sound familiar?). If these debts default, banks will have to take big losses; since the banks are state-owned, they will certainly be bailed out by the federal government. Although China's federal deficit is low - bailouts will not bankrupt the government - we've seen how even a successful bailout is not generally sufficient to get banks lending again after a financial crisis. China would have to respond by cutting interest rates; if rates hit zero, a liquidity trap would result and the recession would be prolonged.

The thing is, we just don't know how bad the debt situation is. Maybe nobody does. If the debt problem has been exaggerated by the Western press, then there's not much to fear; China will coast to a 7% growth rate and keep chugging along. But if the debt problem is worse than we think, China's economy may have a heart attack.

But if the difference between hard and soft landings is all about aggregate demand, then we can look at two other indicators to figure out whats happening: prices, and unemployment. Chinese inflation has slowed. However, prices in developing countries behave a bit differently than prices in developed countries, so this is a pretty difficult number to interpret, especially because it's not core inflation.

How about unemployment? This is worrying. After looking fine for months, China's job market is beginning to tighten a bit, though not as much as in 2009. All in all, it may be too early to call. In addition, China has been easing monetary policy, and home prices appear to be rising again. So an incipient "hard landing" may have been averted or delayed.

But all eyes are now watching China. In the blogosphere, Tyler Cowen is on the case. He puts the probability of a major Chinese recession - a "hard landing" - at over 5%. My own gut says it's more like 20% - I think problems are often worse than the initial reports say - but I am not an expert. For rapid, high-quality reporting on the situation, see the blog of Also Sprach Analyst.

Anyway, even if my pessimistic take is right, 20% is not a big percent chance, and China's numbers still look mostly kinda-sorta OK. But beware those who tell you that "this time it's different" - that China's authoritarian government, or its high-saving hard-working culture, or some other special feature of its society makes it immune to hard landings. Keep your eyes peeled for increases in China's unemployment rate, waves of defaults on loans, drops in housing prices, and drops in core inflation.