Murphy's Law? or, Follies of a Finite Physicist 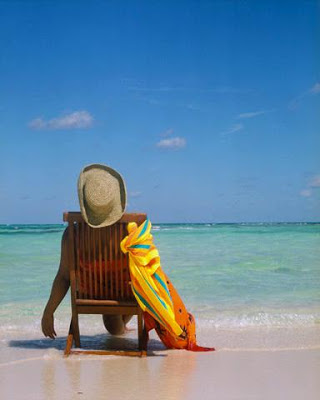 "Murphy was an optimist." - Unknown

It's two years later, and I'm still being linked to Tom Murphy's famous blog post, "Exponential Economist Meets Finite Physicist." The header reads "1787 views this month; 0 overall," which I assume is a coding glitch rather than an existential conundrum; the point is, the post continues to receive a lot of attention. And, as you should know by now, it is in my basic nature to critique things that receive tons of attention while at the same time being less than fully brilliant. Usually, I gleefully support the trolling of economics by physicists; today, it's time to troll my own side.

Tom Murphy, a physics professor at University of California San Diego, writes a blog called "Do the Math", in which he attempts to show that every single alternative energy source is going to fail, and hence economic growth is soon going to either grind to a halt (in the best case scenario) or go into full reverse. But his most famous post, if my Twitter feed is any guide to fame, is "Exponential Economist Meets Finite Physicist." Because in this post, he purports to show that economists' most basic ideas about growth are inconsistent with the laws of the Universe.

The post is structured as a sort of Platonic dialogue, in which Murphy recounts a dinner conversation between himself and "An Established Economics Professor from a Prestigious Institution," a mild, bumbling individual who begins the exchange with utmost confidence in a rosy future of unlimited growth, but - after a thorough thrashing at the hands of Murphy - is forced to reexamine and recant most of his ideas.

Murphy's basic argument is this: Exponential growth can't continue forever, because of A) waste heat, and B) energy limitations. If we keep energy usage growing at a 2.3% annual rate, waste heat will boil the Earth in 400 years. Keep that up for 2500 years, and we'd be using the entire energy output of the Milky Way Galaxy. Hence, economic growth must halt.

This is correct. And in fact, Murphy didn't even need to mention waste heat or anything like that to make his argument; he could have just said "Hey, eventually the Sun will explode, and then the whole Universe will degrade into heat, and where will your economy be then?" So what if that happens 500 million years in the future, or 10^100 years? What's the difference? One way or another, the human race is kaput!

Are economists ignoring this basic fact? Do economists' models crucially hinge on the idea that economic growth will continue forever and ever and ever? No. The "long term trend growth" that is used in growth and business cycle models is only meant to represent a trend that lasts longer than the business cycle - so, longer than a decade or two. No economist - I hope - thinks that currently living humans are making economic decisions based on what they think is going to happen in 400 years, or 2500 years, or 500 million years.

The fact that Murphy's interlocutor fails to point this out tells me that either his existence is partially apocryphal, or hiring standards at certain "Prestigious Institutions" have fallen.

Murphy does make an attempt to argue that 2500 years (and hence 400 years) is not a very long time. Here is his argument:

Does anyone else think this is complete gibberish? Does the fact that we have history from X years ago imply that we should be able to forecast the future X years in advance? And the idea that "we know what we were doing 2500 years ago" makes 2500 years a short amount of time...does that make any sort of sense? I mean...we also know what we were doing 2 billion years ago. Is 2 billion years "not that long, from a historical perspective"?

In "Act Two: Salad", the possibly-apocryphal economist comes up with a pretty good retort: What about virtual reality? With awesomely powerful computers, we can simulate whole worlds. Virtual apples, piped directly to the pleasure centers of your uploaded mind, are just as yummy as real apples, and a heck of a lot cheaper to create in terms of energy. That's quite a lot of economic growth, right there.

To which Murphy replies:

Oh really? Well, that's settled then...and while we're at it, who'd want to spend a third of their waking life in front of a glowing screen? Oh wait...

And as long as there are any holdouts, the plan of squeezing energy requirements to some arbitrarily low level fails. Not to mention meeting fixed bio-energy needs.

See, this is true, but it doesn't help Murphy's point at all. Suppose there are 100 holdouts who refuse to upload into a virtual world. Suppose that these people's standard of living doesn't increase at all, but the standard of living of the uploaded people in the virtual world keeps going up and up (say, as new virtual stuff gets invented inside that world). In that case, economic growth is still positive, even though the 100 physical people aren't seeing any of the benefits! Economic growth does not necessarily benefit all people equally (as America has recently learned). Murphy seems not to realize this at all.

In the third act, "Main Course", Murphy asserts that energy can't become arbitrarily cheap. He supports this contention with a truly eye-popping piece of bad economics:

But if energy became arbitrarily cheap, someone could buy all of it, and suddenly the activities that comprise the economy would grind to a halt. Food would stop arriving at the plate without energy for purchase, so people would pay attention to this. Someone would be willing to pay more for it. Everyone would. There will be a floor to how low energy prices can go as a fraction of GDP.

What?! What about the air, dawg? Air is arbitrarily cheap right now. There is a finite, fixed amount of it. And without air, no economic activity could happen. Do you see anyone trying to corner the air market? No. So why should energy be different? The answer: It shouldn't. Because if someone started buying up all the air in the world, the price of air would rise until he had to quit; he could then sell off the air he had bought, but he would be unlikely to make a profit. This is why market corners nearly always fail.

The fact that the "Established Economics Professor" fails to point out this obvious howler, and instead meekly concedes Murphy's point, only further convinces me that his existence has been a bit...colored by embellishment.

OK, after much verbose meandering, Murphy concludes with the following:

The conversation recreated here did challenge my own understanding as well. I spent the rest of the evening pondering the question: “Under a model in which GDP is fixed—under conditions of stable energy, stable population, steady-state economy: if we accumulate knowledge, improve the quality of life, and thus create an unambiguously more desirable world within which to live, doesn’t this constitute a form of economic growth?”

I had to concede that yes—it does. This often falls under the title of “development” rather than “growth.” I ran into the economist the next day and we continued the conversation, wrapping up loose ends that were cut short by the keynote speech. I related to him my still-forming position that yes, we can continue tweaking quality of life under a steady regime. I don’t think I ever would have explicitly thought otherwise, but I did not consider this to be a form of economic growth.

So, here in the epilogue, Murphy basically concedes the whole argument. "Yes," he says, "Growth as defined by economists can continue indefinitely, but I don't really consider that 'growth'. My entire argument about finite 'growth' was based on me using my own Tom Murphy definition of 'growth in energy usage', rather than the definition given in any undergraduate economic textbook." All concepts "fall under the title" of what Murphy instinctively feels they ought to be called.

Nice to clear that up.

OK, now, as a physicist-turned-economist, let me hit you with this one: Murphy's "still-forming position" probably isn't right. What he calls "development" (i.e. what economists call "growth") will also probably halt. Why? Because we will eventually satisfy ourselves. Modern economics is based on the idea of "local nonsatiation" - the idea that no matter how much you have, you always want more of something. But local nonsatiation is not necessarily true in the real world. Actually, given the fact that human motivation arises from physical processes, local nonsatiation must fail in some situations. Rocks are completely satisfied. Dead people are completely satisfied.

So as soon as humans completely satisfy ourselves, economic growth will stop. This probably won't mean "getting all the stuff we want". It'll mean changing our desires directly, through the application of Desire Modification technology. This is far easier than creating a virtual world to give us ever-increasing amounts of virtual stuff. Instead, we just change ourselves to like the world we have, more and more. When we like the world so much that we don't want anything to change, then we will have no more reason to grow the economy.

In fact, many economists know this. When I took my second-year grad macro course, my teacher (Miles Kimball, of course) started the class with a list of the various time scales at which economists model the world. A few months was the "very short term". A few years was the "short term". A few decades was the "long term". And 100 years was the "very long term". Next to the words "very long term", Miles wrote "(all human problems solved)". At this point, he noted, all our models would become beside the point.

So Tom Murphy thinks he has found an epic gotcha. He thinks that with a few moments of thought, he has managed to expose the concept of "long-term economic growth" for the fraud it is, and thus undermined the foundations of much of economics. But he is wrong. He - and his not-very-credible dinner-discussion foil - have merely pretended that economists believe things about the far, far future that they do not actually believe. And in the meantime they have failed to say anything useful about economic growth over the next 100 years.

Look, I am all for physicists barging in and busting up the cozy world of economics. I welcome this. I encourage it. It's a good thing. But stuff like "Exponential Economist Meets Finite Physicist" just falls under the title of...well...let's just say it doesn't fall under the title of trenchant critique.


(Note: Just so readers don't get the wrong idea, I do think Tom Murphy generally does good analysis regarding alternative energy technologies; I do think oil scarcity is a source of economic stagnation and that the government should be pouring funds into alternative energy research; and I do think that there are economists out there who don't take energy scarcity as seriously as they should...)
Author: Noah Smith Posted at 12:33 PM