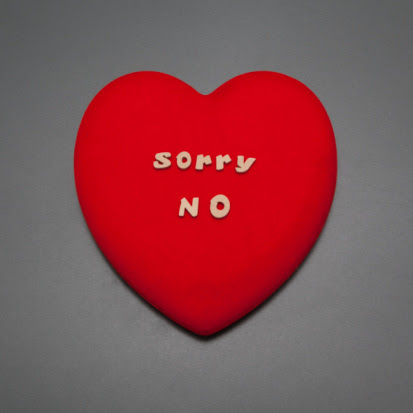 At the Daily Beast, Megan McArdle pooh-poohs the conventional expert wisdom that health care cost growth forms the bulk of our nation's long-run deficit problem. Most of her article is gravely mistaken. She makes (at least) three major errors.

About which she writes:

As you can see, healthcare is not anything close to our largest spending category; the largest expenditure is on straight transfers to various folks, most of them older.

It's hard to interpret this statement as other than intentionally, deliberately ingenuous. Look at the chart. The "health" slice comprises 10%. The "Medicare" slice comprises 13%. Together they sum to 23%, which is bigger than any other item in the pie chart.

Did McArdle just accidentally omit Medicare from her definition of "healthcare" spending? Did she overlook the small words on the pie chart, and assume that the "Health" slice contained Medicare? No, because in the very same sentence, she refers to "straight transfers to various folks, most of them older." She therefore knows that Medicare is on the chart. She has deliberately chosen not to call it "healthcare" spending. How can this be anything other than intentionally disingenuous? (Well, maybe not: See the update below for an interpretation that does manage to give McArdle the benefit of the doubt.)

Democrats and liberal policy wonks have insisted--outright or by implication--that we do know how to get spending levels down to Western European levels: just have the government take over, the way they have in Western Europe...

But it's not even that easy to hold down health care costs, which is why our counterparts in Western Europe are having such trouble doing it.  Behold the rate of per-capita cost growth in the OECD from 2004-2010:

The United States is solidly in the middle of the pack--on the low side, in fact...we are far from the top of the heap.

Is it that easy to forget (or deliberately ignore) the difference between levels and growth rates? If health care costs were only 0.0001% of our GDP, would we care even if they were growing at 1000%?

Finally, McArdle essentially sets up a straw man. She discusses current spending figures, when in fact all the people warning about health care's effect on the national debt are looking more than 10 years into the future. Witness this chart from the CBO:

The CBO projects nearly all future federal spending growth to come from increases in Medicaid and Medicare (the latter of which Megan McArdle apparently doesn't even count as "healthcare" spending!).

Or look at this chart from the Heritage Foundation (the y-axis is % of GDP):

As you can see, Medicare, Medicaid, and "Obamacare" are projected to rise rapidly after 2020, swamping all other budget items (including Social Security, which sees a temporary, gentle rise due to the Baby Boom retirement).

In other words, Megan McArdle has committed three large mistakes when discussing health spending and the national debt. These mistakes are:

1. She does not label Medicare as "healthcare" spending.

2. She uses data on cost growth rates to try to rebut a point about cost levels.

3. She uses only current spending figures, when everyone agrees that the health care deficit problem is going to really bite starting a few years from now.

Bloggers and opinion writers, please take note: If you want to make the case that America's government is spending too much on non-health items, you're going to have to make a better case than this.


Update: a commenter suggested that perhaps when McArdle said that "healthcare is not anything close to our largest spending category", she was comparing it to a combination of all non-health-related transfers. That would definitely be less intentionally disingenuous than the more obvious interpretation of her sentence/chart combination. Note that this would treat Social Security (in which people's benefits are to a large degree proportional to their past contributions), unemployment insurance (which is temporary), and welfare all as the same thing. I leave it to the reader to decide whether this is an appropriate combination.
Author: Noah Smith Posted at 2:44 PM