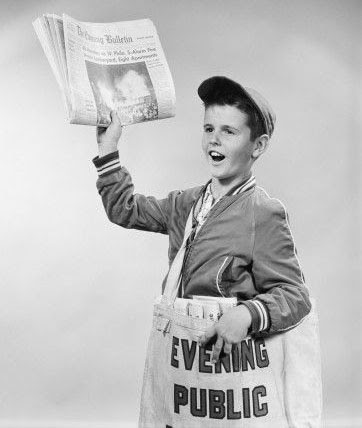 People often ask me: "Noah, what kind of blog posts get lots of pageviews?" To which I reply: "I don't know, try asking Tyler Cowen, his blog gets 10 times the pageviews mine gets." But in any case, now that Noahpinion is wrapping up its second year (in its incarnation as an econ blog), I do have a little bit of data to share. So share it I shall. The information wants to be free!

First, here are my top 10 most popular posts so far:

1. EconoTrolls: An Illustrated Bestiary
A send-up of econ blog commenters, in the style of the Dungeons and Dragons Monster Manual.

2. Do property rights increase freedom? (Japan edition)
A reflection on what it would be like to live in a place where you have to pay for every little thing, all the time.

3. Niall, the British Empire is over. Accept it.
My small contribution to the Great Niall Ferguson Smackdown of August 2012.

5. Seven principles for arguing with economists
Another silly list, this time of rhetorical devices employed by econ bloggers (and probably by everyone else).

6. How Zero Hedge makes your money vanish
Me beating up on Zero Hedge, probably unfairly, as an excuse to talk about some cool results by behavioral economists.

7. College is mostly about human capital, not signaling
Advancing some rarely-discussed ideas about how college adds value.

8. How I survived the Econ Job Market
A few practical tips and some ruminations on the job market itself.

9. Money is just little green pieces of paper!
A debate about what "fundamental value" should or shouldn't mean.

10. What I learned in econ grad school
The post that really started it all, in which I recount the dissatisfaction and disaffection I felt in my first-year macro class.


So what kind of generalizations can I draw? Well, I'm not sure, but here are some guesses.

A) Cleverness and humor are gold, if you can get them to work. This is a tricky thing, because most of the time when we think we're being clever, we're not; I'd say about 10% of the things I write that sound clever to me get any sort of positive response from other human beings. In fact, most of my jokes never even get noticed...like when I called Art Laffer a "dead economist" in the EconoTrolls post (I still get people "correcting" me on that). But for those of you out there who are possessed of more natural wit than I...use it!

B) Blog fights are good if done intelligently. Let's face it: the average reader loves to see smart people go at it. Heck, I love it too. So when there is some contentious issue being hotly debated in the blogosphere, and you see some point that someone has missed, feel free to jump in and supply the missing argument. Of course, don't just charge in and write "Hey Greg Mankiw, you suck you suck you suck!!1!", or whatever. No one's going to take that seriously. Instead, focus on adding something valuable to the debate.

C) Lists of things seem to be popular. I suppose point-by-point lists are easier to read and digest than long-form essays. Hopefully that means people will find this post helpful.

D) People like insider stories. Everyone wants to know "what it's like". In my case, that meant what it was like to be an econ grad student. Or in the case of this post, etc.


Then again, drawing 4 conclusions from 10 observations is probably a massive exercise in overfitting. Look at other bloggers' most successful posts, and you'll probably see completely different things. Also remember that everyone has a different audience niche. For example, I don't post a lot of charts, but other bloggers do, and people seem to like it.

Also, note that I didn't mention the traffic sources. My top source of pageviews (by far) was Google, and Twitter is #2, but after that, my biggest chunks of traffic have come from being linked by three other bloggers: Mark Thoma, Paul Krugman, and Tyler Cowen. Also, Matt Yglesias, Barry Ritzholtz, Greg Mankiw, FT Alphaville, Andrew Sullivan, and the folks at Crooked Timber have provided a fair bit of linkage. But in particular, Mark Thoma and Tyler Cowen serve as the main "aggregators" of the econ blogosphere.

But also note that being linked by top bloggers is not the be-all and end-all of getting pageviews. Most of the posts in that Top 10 list were linked by a diverse array of people, often going "viral" on Twitter, Reddit, etc. The best way to get people to read your stuff, in the end, is to write stuff that people like to read...

Anyway, 2012 was a great year, and thanks to everyone who dropped by Noahpinion. Happy 2013, and happy blogging!
Author: Noah Smith Posted at 2:42 PM