How the New Classicals drank the Austrians' milkshake 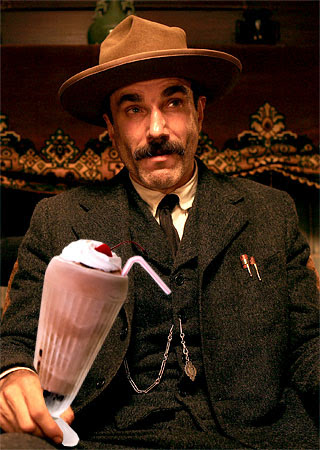 The "Austrian School of Economics" is still a name that is lovingly invoked by goldbugs, Zero Hedgies, Ron Paulians, and various online rightists. But as a program of scholarship it seems mostly dead. There is a group of "Austrians" at George Mason and NYU trying to revive the school by evolving it in the direction of mainstream econ, and then there is the Mises Institute, which contents itself with bathing in the fading glow of the works of the Old Masters. But in the main, "Austrian economics" is an ex-thing.

It seems to me that the Austrian School's demise came not because its ideas were rejected and marginalized, but because most of them were co-opted by mainstream macroeconomics. The "New Classical" research program of Robert Lucas and Ed Prescott shares just enough similarities with the Austrian school to basically steal all their thunder. The main points being:


1. The Human Action Axiom vs. Rational Expectations and the Lucas Critique

Ludwig von Mises based his theories on something called the Human Action Axiom, which he states thus:


Human action is purposeful behavior. Or we may say: Action is will put into operation and transformed into an agency, is aiming at ends and goals, is the ego's meaningful response to stimuli and to the conditions of its environment, is a person's conscious adjustment to the state of the universe that determines his life.

Like all of Mises, this is written in the dense, pre-WW2 European literary style, and thus probably never had a chance of appealing to plain-spoken American academics. But the basic idea here seems twofold. First, the "ends and goals" thing seems very similar to modern economists' notions of individual rationality - an idea that is, of course, at the center of New Classical macro (and most other mainstream economics).

More significantly, the "conscious adjustment" part sounds like a less clearly stated version of Rational Expectations. This is basically the idea that human beings are as smart as the economist who is trying to model their behavior. If you conclude that the economy works a certain way, then the agents in your model should reach the same conclusion. Behavioral models that rely on robotic, predictable human behavior will inevitably fail.

A corollary of this is that we have to be very careful of government policies that try to manipulate people's behavior. People are smart, the theory goes, and they will catch on to your trick and find a way to work around it. This is part of the motivation for the Lucas Critique.


2. Praxeology vs. "Theory Ahead of Measurement"

Mises thought that the best way to study economic behavior was not to make empirical observations, but to deduce what rational, self-interested humans would do in a given situation. He called this approach "praxeology". Austrians who follow Mises tend to pooh-pooh empirical studies and assert the primacy of pure logic in predicting human behavior.

New Classical macro doesn't go nearly this far, but it has some of the same flavor. The Lucas Critique showed how econometric studies would often be useless without a structural model to back them up...and the New Classicals strongly preferred structural models that were based on assumptions of full human rationality. In an essay entitled "Theory Ahead of Business Cycle Measurement," Ed Prescott asserted that his Real Business Cycle modeling paradigm was too good to be rejected by econometric studies. On his website, he cleverly admonished macroeconomists to "progress, not regress." When Thomas Sargent did a bunch of econometric tests that rejected a bunch of Rational Expectations-based models, Prescott and Lucas actually went so far as to ask him to stop, telling him that his tests were "rejecting too many good models".

This is far from praxeology, since Prescott and Lucas did not ignore data entirely. But it has the same flavor of weighting a priori plausibility more heavily than other economists might like.

Both the Austrians and the New Classicals were and are deeply suspicious of government intervention in the macroeconomy. Mises and the other original Austrians, of course, strongly disapproved of the interventions favored by Keynes during the Depression. Robert Lucas pooh-poohed the notion of fiscal stimulus in the 2009 recession, though he supported the idea of monetary easing. Ed Prescott went much further, claiming that monetary policy couldn't boost the economy at all.

Austrians and New Classicals share a deep faith in the free market on structural matters as well. Both Lucas and Prescott have blamed America's recent economic weakness on the (allegedly) interventionist policies of the Obama administration.

Austrians generally thought that the business cycle was caused by malinvestment, which in turn they attributed to excessively easy monetary policy. New Classicals, on the other hand, ignored the possibility of malinvestment completely; financial markets and businesses' investment decisions are, in New Classical theories, functioning optimally at all times. The New Classicals believed that business cycles were caused by "real shocks", such as slowdowns in the rate of technological progress, or increases in harmful government intervention. They also feared overly easy monetary policy, but because they thought it would lead to inflation, not malinvestment. (Of course, Austrians feared inflation as well.)


So it basically seems to me that the New Classicals captured and improved on the basic ideas of the Austrians in almost all of the ways that matter, while vastly improving on the presentation. New Classical concepts of rationality, distrust of empiricism, and distrust of government intervention are more moderate and nuanced than those of the Austrians, and their mathematical style is simply much more appealing to modern academics than the dense, turgid prose of von Mises or Hayek. Thus, if you were a smart young macroeconomist in 1980 who believed that people were both rational and smart, that government intervention was a bad idea, and that theory was the best way to investigate human behavior, you did not become an Austrian; you became a New Classical.

In other words, the New Classicals drank the Austrians' milkshake.

The only slight exception is the idea of malinvestment and financial market malfunction, which the New Classicals discarded entirely...but that is unlikely to provide a big enough foundation on which to rebuild the edifice of the Austrian School. I'm pretty confident in saying that the paradigm of von Mises and Hayek is dead.

Arnold Kling comments, giving New Classical macro a piece of his mind, and wishing that Austrian ideas had gone in a slightly different direction.
Author: Noah Smith Posted at 3:20 PM