Which is better, altruism or greed? 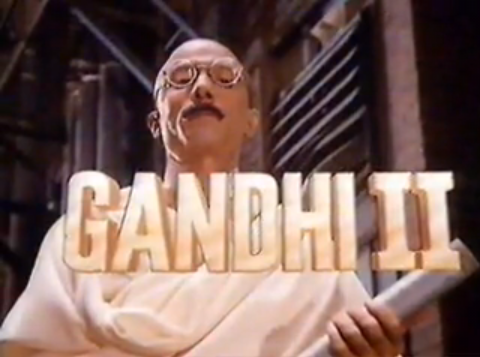 This debate between Frances Coppola and Tim Worstall got me thinking: Which is better, altruism or greed?

That probably sounds like a silly question. Altruism, duh! Right? But it's not so simple.

Imagine a world where everyone lives in a glass box with a fruit tree (in econ grad school you learn to imagine stuff like this). Watering the fruit tree takes work - the more work you do, the more fruit you get. Suppose everyone is totally altruistic, and cares only about how much fruit other people get. So nobody does any work - they just sit there feeling sad that no one else has any fruit to eat, while not caring that they themselves are going hungry. In this situation, people are a lot worse off than if they were greedy.

Now, of course this is a silly example. But maybe not so silly! After all, our ability to help each other is limited in some basic, fundamental ways. Information about preferences is asymmetric - we don't always know what other people want. You may bake your friend a cake, only to find out that she doesn't like chocolate. In general, we're more equipped to help ourselves than we are at helping other people. A world with no greed at all, and only altruism, would see us wandering around trying to help each other (and often failing), but doing nothing for ourselves, and hurting other people indirectly with our self-neglect.

OK, so is greed better? Well, so far I've been implicitly assuming that there's a tradeoff between selfish utility and altruistic utility. But maybe there's no such tradeoff. If I desire both my own consumption and the consumption of others, isn't that better than just desiring my own consumption? Well, maybe, maybe not. For example, suppose my utility function is:

(For the non-economists among you, "U" is "utility", "C" is "consumption", and "sqrt" means "squirt yourself in the face with a squirtgun, upload the video, and send me the link.")

The first part of this utility function is the selfish (greedy) part and the second part is the altruistic part. Both terms are positive, so my utility is strictly higher than the purely selfish utility function U = sqrt(C_me).

But what if my utility function is this?

I'm still altruistic, since my utility is still increasing in both my own and other people's consumption. But now the form of the utility function has been changed, so it can go infinitely negative. In fact, since there is always someone out there starving to death, in this case, altruism will make everyone worse off.

In plain English, if you sit there feeling happy because someone somewhere is having a good life, then it's good that you have some altruism in addition to your greed. But if you sit there feeling terrible that someone, somewhere is starving to death, then you would be better off ditching the altruism. (Actually, one time I sat around feeling sad for hours thinking about bears starving in the wild. In retrospect, this was a giant waste of time.)

Also, you may have noticed that I've defined altruism in a slightly weird way so far - I've assumed that altruism means caring about other people's consumption instead of other people's utility. But having people care about each other's utility will have similar results, because you also have to have someone's utility based on something other than someone else's utility, or the whole thing becomes undefined. What's interesting about this notion of definition of altruism is that it's complementary with greed. You may smile when you watch your daughter open a Christmas present...but if she weren't greedy for a present, she might not be as enthused about the present!

So far we've been talking about welfare (in other words, we've been thinking altruistically!). But what about Pareto efficiency? In a standard general equilibrium setup, altruism leads to inefficient outcomes, since it creates an externality. But if you add altruism without subtracting greed, then that new, inefficient outcome can represent a Pareto improvement over the old efficient outcome! Weird, right? In other words, adding altruism can make everyone better off by 10, but at the same time raise everyone's ceiling for better-off-ness by 20. See?

Also, where externalities already exist, altruism can help eliminate them, thus increasing efficiency. For example, consider the prisoners' dilemma. If you care a bit about whether your buddy gets out of jail, then the cooperative equilibrium can become a Nash equilibrium, resulting in a Pareto improvement over the perfectly selfish case.

So the answer to "Which is better, altruism or greed?" is not so simple. If you're sitting around feeling depressed because you carry the weight of the world on your shoulders, you might want to pick up a copy of Atlas Shrugged. But if you're spending your life engaged in zero-sum competition with coworkers or political opponents, it might behoove you to pick up Adam Smith's The Theory of Moral Sentiments instead.
Author: Noah Smith Posted at 5:33 PM