A case where RBC works 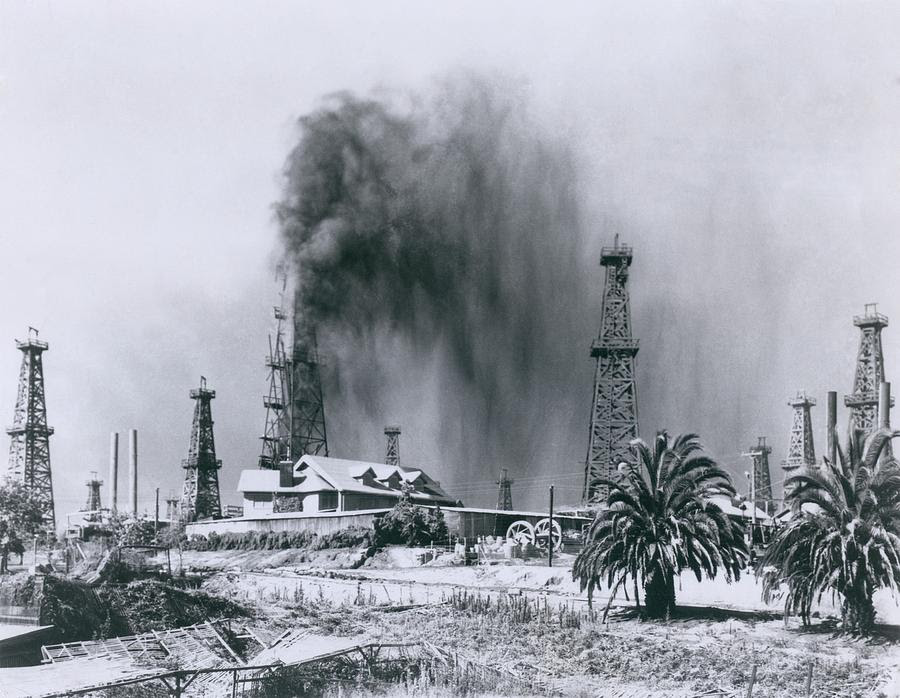 I am a fan of John Cochrane because of his intellectual honesty. He's always very up-front and clear about what his priors and his politics are. But he almost never lets that make him tendentious (the one exception being when he is talking directly or indirectly about Paul Krugman). He goes out of his way to acknowledge alternative interpretations and the limits of knowledge.

This post on news shocks is a good example of what I mean. Cochrane reports on a paper by Arezki, Ramey, and Sheng that uses a very simple macro model to explain the economic response to big oil discoveries. Cochrane notes that the paper doesn't need a lot of the fancy friction-mining and utility-mining that are common in macro these days:


My comment was something to the effect of "this paper is much more important than you think. You match the dynamic response of economies to this large and very well identified shock with a standard, transparent and intuitive neoclassical model. Here's a list of some of the ingredients you didn't need: Sticky prices, sticky wages, money, monetary policy, (i.e. interest rates that respond via a policy rule to output and inflation or zero bounds that stop them from doing so), home bias, segmented financial markets, credit constraints, liquidity constraints, hand-to-mouth consumers, financial intermediation, liquidity spirals, fire sales, leverage, sudden stops, hot money, collateral constraints, incomplete markets, idiosyncratic risks, strange preferences including habits, nonexpected utility, ambiguity aversion, and so forth, behavioral biases, nonexpected utility, or rare disasters. If those ingredients are really there, they ought to matter for explaining the response to your shocks too. After all, there is only one economic structure, which is hit by many shocks. So your paper calls into question just how many of those ingredients are really there at all."

Cochrane himself has done a little utility-mining, in his famous habit formation model of asset pricing with John Campbell. But in general, as an opponent of government intervention in the economy, he would (I am guessing) probably rather that the economy work according to a simple RBC-style model where there are no big market failures that would necessitate countercyclical policy.

The Arezki et al. paper is a victory for that kind of simple RBC-type model. But it's a limited victory, since the fluctuations produced by oil news shocks don't look like most business cycles, and because simple models like this don't explain things like the Great Recession. Cochrane, unlike someone making a lawyerly case, goes out of his way to point this out:


Valerie, presenting the paper, was a bit discouraged. This "news shock" doesn't generate a pattern that looks like standard recessions, because GDP and employment go in the opposite direction...

Thomas Philippon, whose previous paper had a pretty masterful collection of [complex elements], quickly pointed out my overstatement. One needs not need every ingredient to understand every shock. Constraint variables are inequalities. A positive news shock may not cause credit constraints etc. to bind, while a negative shock may reveal them.

Good point. And really, the proof is in the pudding. If those ingredients are not necessary, then I should produce a model without them that produces events like 2008. But we've been debating the ingredients and shock necessary to explain 1932 for 82 years, so that approach, though correct, might take a while.

Quite true. And many bloggers or op-ed writers would not go out of their way to point this out.

Anyway, to touch on Cochrane's actual point, it's very interesting that simple RBC-type models should be so good at explaining something like an oil shock and so bad at explaining things like big recessions. This fact could lead economists toward something incredibly valuable: an understanding of the scope conditions of RBC-type models.

Scope conditions are the conditions under which a model works well. (**Physics analogy alert**) For example, we know that a model of frictionless motion works pretty well on an ice skating rink and pretty badly under the ocean. And we know exactly why. In decision theory, I personally think that experiments are starting to teach us the scope conditions of super-basic econ 101 demand theory: it works well for one-shot decisions, and not very well for dynamic situations with lots of uncertainty.

But for macro, it's inherently very hard to identify scope conditions, because there's so much going on at once that you can't get a clean comparison between the cases when a model works and the cases when it fails. That's what makes this Arezki et al. paper so interesting - it gives us a clear case (oil discovery shocks) when a mostly frictionless, very forward-looking, perfectly rational representative agent model with Econ 101 type preferences really works. That, in turn, lets us look at cases where RBC models don't work, and ask "How is this case different from an oil discovery shock?" For example, it might be a negative shock as a opposed to a positive one. It might be a shock to a different sector of the economy. It might be an immediate productivity shock instead of a news shock. Etc. Having a case where RBC models actually work helps us narrow down the list of possible reasons why they usually fail.

There will inevitably be many such differences, but they narrow down the types of models we want to consider. If a model fits the Great Recession but doesn't reduce to the Arezki et al. result when applied to an oil discovery shock, we should be skeptical that that is the right model of the Great Recession. As we accumulate more clear-cut cases like the one in Arezki et al., we increase our list of limiting cases that macro models should reduce to in well-defined limits. That in turn moves us closer to what we really want - a model that really explains why big recessions happen, and what can be done to prevent or combat them.

In other words, having a bunch of limiting cases like Arezki et al. lets us throw away macro models. I personally think that's the real problem in the macro literature - the profession lets a thousand flowers bloom, but the flowers never get cut. Clear results like this one give macroeconomists a pair of scissors.
Author: Noah Smith Posted at 12:48 AM