Why did rich-world deficits start exploding around 1980?

The U.S. federal deficit, which had been decreasing since the end of WW2, began to trend upward beginning around 1980: 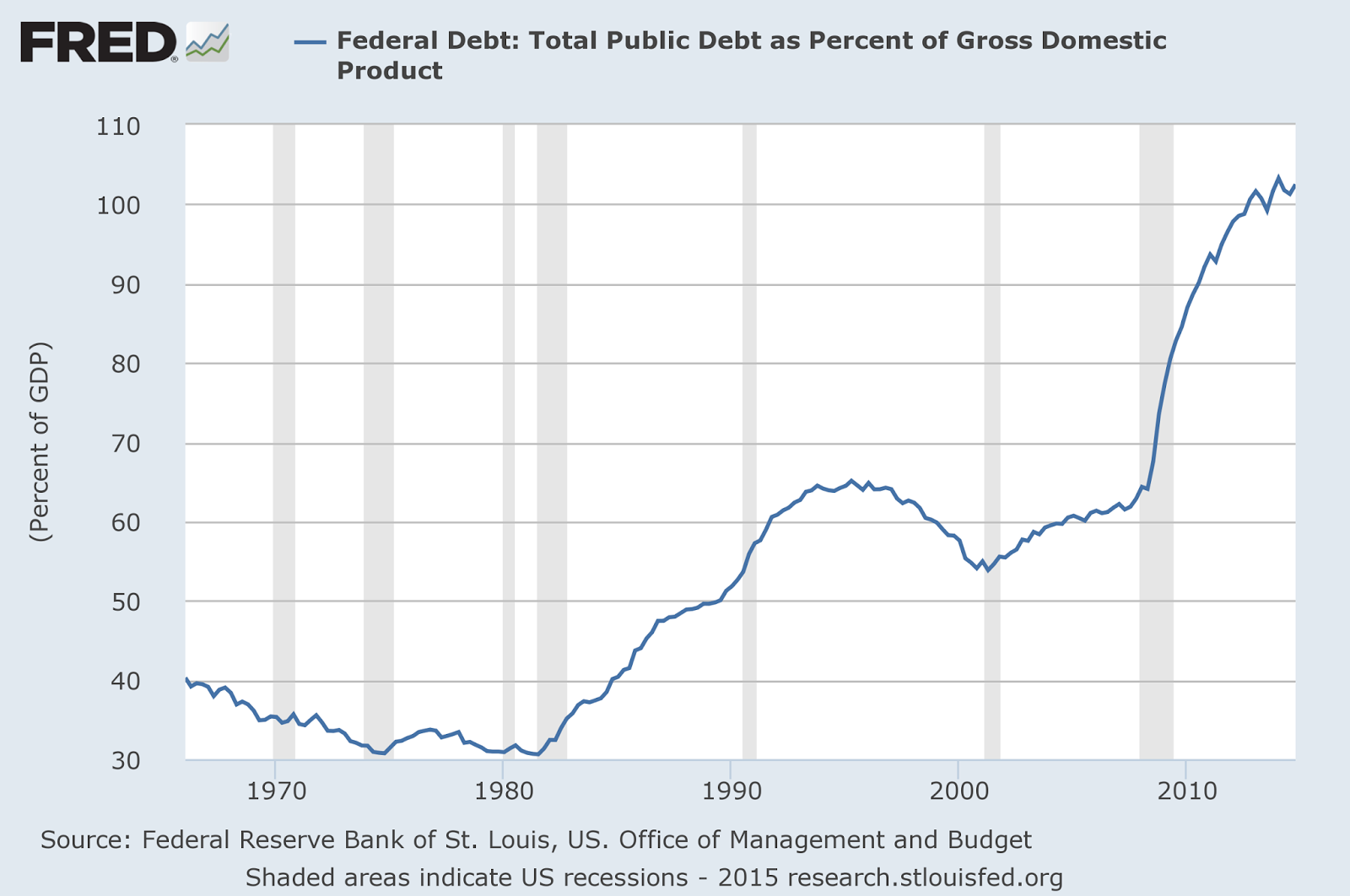 Why? Well, the proximate cause was big tax cuts, without any offsetting spending cuts. The beast was not starved, and tax cuts did not pay for themselves.

But what was the political-economic cause? I have a theory.

Economists have studied mechanisms by which a government might pay for public goods (i.e., things that the market won't provide enough of on its own). All the mechanisms basically boil down to either a Vickrey-Groves-Clarke mechanism or an AGV mechanism (AGV stands for some French names). These are ways of determining how much each taxpayer pays for the public goods.

The VCG mechanism, which is similar to what Google uses to sell ads, can't balance the budget. Deficits grow and grow. The AGV mechanism, on the other hand, balances the budget on average. It does this by taxing rich people a lot. However, the AGV mechanism doesn't satisfy something called "individual rationality" - it taxes the rich people so much that they'd like to leave entirely.

If the rich people can't leave, you can tax your captive rich people a lot and balanced the budget. But once they get the ability to leave, you have to cut taxes, and then you can't provide public goods without big deficits.

So one story of the explosion in U.S. government debt is that around 1980, globalization (i.e., European and Asian catch-up growth) progressed to the point where rich people - or companies, which are not explicitly dealt with in the VCG or AGV mechanisms - could threaten to leave unless we cut their taxes. So we did cut the taxes - we switched from AGV to VCG, and could no longer balance the budget.

Now a big caveat is that lots of the things our government pays for aren't public goods, they're transfers. Their level is set not by some consideration of economic efficiency, but by some more complicated political mechanism. So this mechanism-design-based story doesn't fully explain why we failed to cut government spending. It also leaves out the distinction between corporations - whose taxes were cut mostly by loopholes rather than tax rate reductions - and individuals. And it doesn't explain why U.S. deficits stopped expanding as a percentage of GDP in the 1990s, and again since 2011.

So the story isn't entirely satisfying. But it's really striking that deficits started trending upward all over the rich world around the same time. And, via Marginal Revolution, here's some evidence that rich people do sometimes move around to take advantage of lower tax rates - probably a lot more in Europe and Asia than in the U.S.

Anyway, I think the mechanism design story could an overlooked part of the explanation for why rich-world governments have borrowed so much money since the 1980s.
Author: Noah Smith Posted at 3:32 AM