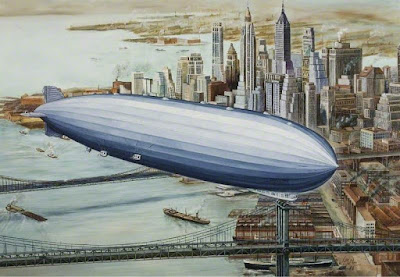 A while ago I talked about the fact that DSGE macro models haven't seen industry applications, and that this means people don't yet trust them to give a good conditional forecast of the effect of economic policy changes on macro variables. How about asset pricing models from the finance literature? How do these pass the market test?

There are basically three things you might use an asset pricing model for in the real world. The first is to measure risk. The second is to beat the market, if you believe that the model represents a long-term equilibrium from which assets will only deviate for a short time. The third is to arrive at a fair starting price when brokering deals between two parties.

There are two main classes of asset pricing models in the finance literature. The first class is equilibrium models. These are basically economic models that treat asset prices as solutions to consumers' utility maximization problem (and, sometimes, firms' profit maximization problem). The most famous of these is the CCAPM. Modern extensions of that include Bansal and Yaron's long-run risk model, Campbell and Cochrane's habit formation model, and various models based on "rare disasters." Though these days these models are usually pitched as solutions to time-series puzzles like the equity premium, excess volatility, and volatility clustering puzzles, they are models of risk and of the cross-section of expected returns.

The second main class of models is factor models, such as the Fama-French 3-factor model, the Carhart 4-factor model, and various macroeconomic factor models. These models are based not on any behavioral assumptions like utility or profit maximization. They only require no-arbitrage conditions, and some assumptions about the structure of the market. Though they may be motivated by economics, they are not economic models, in the modern sense of the neoclassical, maximization-based econ that we are all used to.

I don't have a comprehensive data set of the finance industry, so don't regard my info as complete, but I've talked to a fairly large number of industry people, and they all say the same thing. Factor models are very common, even ubiquitous, in the industry. Equilibrium models are essentially never used by anybody.

The most obvious reason for this is that equilibrium models are harder to make. You have to make a bunch of assumptions, solve an optimization problem, then estimate the thing to see how well it works. With factor models you just skip the first two steps, slap down some factors, and estimate it. As you might expect, the ease of generating factor models leads to a lot of false positives in the academic literature. But in the finance industry, a lot of effort goes into exhaustive backtesting and robustness-checking of factor models, which cuts down massively on false positives (though overfitting is of course still a danger). You have companies that exist just to make, test, and sell factor models.

So is the disuse of equilibrium asset-pricing models just a function of the effort that goes into making them? Maybe. But you'd think that eventually, academics - who are more than willing to put in that effort, and who in fact make oodles of such models - would come up with a really good one that industry would adopt. It's no harder to use an equilibrium model than it is to use a factor model.

But they don't. No one I've talked to or heard about uses consumption betas of any kind, including ones based on habit formation or Epstein-Zin preferences. Despite decades of high-powered research, equilibrium models are not yet passing the market test.

I assume that this is because when you test these things, factor models come out ahead. I hope that someone is using information criteria or some other defense against overfitting when these comparisons are made. If they are, then what it means is that the best factor models are more empirically successful than the best equilibrium models. Which in turn implies that equilibrium asset-pricing models are, basically, misspecified.

Why would equilibrium models be misspecified? They might be focusing on fitting time-series facts and neglecting the cross-section. Or there might simply be something very wrong with the workhorse assumptions economists use to describe consumer behavior at the aggregate level - something so deep that modifications like Epstein-Zin or habit formation can't fix it. Tests of the basic consumption Euler equation make me suspect that that is the case. If economists find that wrong thing and fix it, it could reap big dividends not just for asset pricing models, but for macroeconomics as well.

Two caveats to this post! First of all, the story isn't over yet. New models are coming out all the time - for example, a commenter points me to this model from 2014, which is a hybrid of a typical factor model and a production-based theory of firm investment behavior. Looking over it, it looks pretty good. It also agrees with my prior that firm behavior is a lot more important and a lot easier to explain than consumer behavior. But the main point is that industry could start using equilibrium models - even consumption-based equilibrium models - at any time.

The second caveat is that the notion of what it means to "use" a model is a lot more subtle than I'm making it out to be. For example, you could find factors by data mining, then use an equilibrium model to convince yourself that the factors will be stable in the future (in fact, that's exactly how you might use the model I linked to above). To my knowledge this kind of use is very rare so far, and I've heard stories of people in industry trying and failing to do just this. But if people do start doing it, it won't look like people ditching factor models for equilibrium models. It will look like people using equilibrium models to check their factor models. Another way you could use equilibrium models is to search for new ideas for factors. But since the set of available macro variables is too limited, it's highly likely that data-mining will find the factors long before equilibrium modelers do.
Author: Noah Smith Posted at 2:07 PM