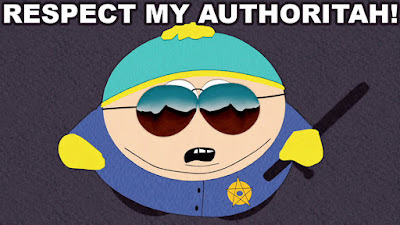 Mullainathan looked at the data and found that police likelihood of shooting a black person in a given encounter was no higher (or barely higher) than their likelihood of shooting a white person. He concluded that while police may be racially biased in terms of how often they go after black people, they're not very biased in terms of how likely they are to shoot the people they go after.

Sethi said: Not so fast. Mullainathan just looked at the killing rate conditional on an encounter, but Sethi wants to also condition on the type of encounter, which probably differs on average across races. Police might be more likely to misinterpret nonthreatening encounters with black people as threatening, and therefore be more likely to pull the trigger. Sethi's hypothesis says that police basically give black people a hard time, initiating disproportionately many encounters for innocuous things (racial profiling), and then pull out the gun when they interpret those innocuous encounters as threatening situations.

That would be really weird. It could be true, of course - maybe cops have an incredibly strong sense of courage and duty, forcing them to bravely stand up to the (not actually) threatening, dangerous black people time and time again. Or maybe there is some institutional pressure from higher-ups forcing cops to do racial profiling. These explanations were both suggested by a sociologist friend to whom I posed this question. But they feel like quite a stretch. Cops get a lot of discretion in who they stop. And I doubt they are usually driven by an almost pathological sense of duty and courage.

Let me offer an explanation I see as more likely: Cops often tend to shoot (or otherwise brutalize) people not out of fear, but out of wrath.

My hypothesis goes like this. Cops pull out their guns and their nightsticks when they see suspects as having challenged their authority. They are determined to maintain power and control at all costs (i.e., South Park nailed it). Black people are more commonly seen as challenging cops' authority, probably because a lot of black people grew up in a state of relative anarchy and therefore lack other people's conditioned response of instant meek submission to police.

This seems to be exactly what happened with Eric Garner. He wasn't threatening at all; he's obviously a big teddy bear, he doesn't have any weapon, and he wasn't making any move to attack anyone. But he's an insubordinate teddy bear, who thinks he can reason his way out of an unfair arrest. So the cops grab him and choke him to death.

Here the police shoot a black guy in a wheelchair.

This psychologically plausible hypothesis is also parsimonious, because it allows police racism to explain both racial profiling and excess unjustified brutalization of black people. It also implies that in areas with entrenched racial conflict - say, the South - white police will be more likely to kill black people, because they view blacks as socially subordinate (hence any backtalk or resistance will be seen as more unacceptable if it comes from a black person than if it comes from a white person). So that would be an interesting test.

Anyway, to sum up, I think Sethi is right to say that equal rates of shooting per encounter don't imply that police are unbiased. But I think his explanation - police fear of blacks - isn't as likely as a wrath-based explanation.

Of course, if you drag a cop in front of a judge (or the media) and ask "Why did you shoot that guy?", of course they're going to say they were afraid. Fear generates sympathy. But color me skeptical.
Author: Noah Smith Posted at 2:21 PM