More on empirics in Econ 101 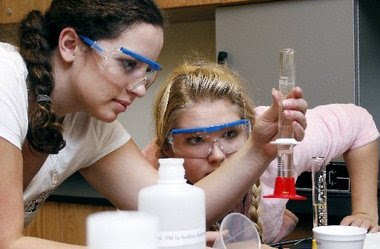 Unfortunately, I see that my friend Allison Schrager has misinterpreted my proposal for reforming Econ 101.

I often suggest that empirics be taught in 101. My idea is to teach some simple empirical methods alongside some simple theories, so that 101 students get an idea of how economists tell good theories from bad ones. The idea is not to remove theory from 101. Unfortunately, I seem to have convinced Allison that this is what I was suggesting, for she writes:


Noah Smith also thinks economics education needs an overhaul. He believes statistics, rather than theory, should be central to economics training. Right now statistics is important, but as a tool to help understand and validate theory. It is not taught until students are further along in their economics education. Smith thinks it should be the other way around in order to prevent students from putting too much weight on one theory.

But for the same reasons the British students are wrong, Smith misses the point. Statistics without theory is pure data science. It doesn’t tell you much about why certain relationships, say inflation and unemployment, matter. Nor does it offer insight into how different economic factors influence each other. Statistics are a useful way to validate theories and infer which one is the right one to use. Data empower researchers to understand how and why different theories sometimes fall short. But without a solid theoretical grounding pure statistics lack meaning.

I agree with Allison that the case for teaching empirics with no theory in 101 is quite weak. This is just as true in econ as in physics or chemistry. Every intro science class includes some theory, and there's no reason econ should be any different. I don't see anyone making the case that theory should be absent from 101, and I certainly have never made such a case.

But what about theory with no empirics? That's the status quo in most econ 101 classes. Empirical results are sometimes cited, but empirical methods are almost never taught. This stands in stark contrast to physics, chemistry, and biology, where high school classes and even junior high classes have important lab components.

Allison doesn't really defend this status quo. She merely describes it, stating that empirical methods are "not taught until students are further along in their economics education." That is true, as things stand. But simply saying "This is the way we do things now" does not constitute an argument that this is the way we should continue to do things.

So what is the case for leaving empirical methods out of 101? Allison doesn't make one. The only cogent case I've seen so far, in fact, is the idea that empirical methods are just too hard for 101 students. Steve Williamson made this case in a comment a little while ago:


In theory, [teaching empirics in 101] seems fine, but the key constraint on what you can do in econ 101 is the capacity of the students. It would be great if we could teach econ 101 to students who are already tooled up in math and statistics. Also, it would be great if they would come to class, pay attention, and not go to sleep.

Steve seems to be overestimating the difficulty of empirical methods. A lot of the "credibility revolution" methods are really just a comparison of two means. How hard is that? It's a lot easier than using supply-and-demand graphs to analyze the deadweight loss from an import tariff. As for calculating statistical significance, if you think 101 students aren't mathematically sophisticated enough to understand it, just show them how to push a button and read a p-value from a table. That's no harder than showing high school chemistry students how to mix two liquids and saying "Look, it turns blue!".

Steve also has a pretty cynical view of the purpose of 101 itself:


[E]con 101 is often a general education requirement in undergrad programs, and it's high enrollment - helps to justify your existence to the rest of the university. It's meant to draw in students, and has been dumbed down to the point where the only tool that is taught is two curves that cross and shift around.

Call me a wild-eyed crusading idealist, but I think that if 101 is a general education requirement, it should be more than just a slick marketing tool designed to get more students (read: money) for the econ department. If it's a requirement, then we have a duty to teach more than just simple ideas - we should teach students how to evaluate those ideas in the context of reality.

Some people have been asking me to explain how empirics would be integrated into 101, and I was about to try, but Steve showed up in the comments and explained it really well:


I can see where you're going though. So, suppose you integrate the empirical work with the theory. You need to structure the course so that you learn the methods as you go along. Here's some theory. Here's some data where you get a lot of information just from the scatterplot. Here's a theory that allows us to illustrate how to use regression. Here's something that illustrates omitted variables, etc. So, you build up the methods as you go along, and it's far more interesting than the specialized approach - do statistics in this department, do economics in this department. Students have no idea why they're learning stuff, and they just forget it. You could bring the math in too - much more interesting than just doing calculus for its own sake[.]

This is exactly how I was envisioning it. I'd start, though, with stuff even simpler than a linear model - just a randomized lottery experiment with a comparison of means. Like a school voucher experiment, for example.

Steve also makes a great point about what needs to be done politically for this to happen:


OK, now I'm selling myself on it. It's an uphill battle though. You have some behemoth institutions that are very conservative in your way - universities and publishers.

Yep, sounds about right. I think it will be crucial to either create an alternative to Mankiw, or to force Mankiw to do a major rewrite (which will of course be hard, since Mankiw himself is a third conservative behemoth institution).

Acemoglu, Laibson and List are already crafting an alternative. Their series of intro textbooks goes heavy on the empirics and has a whole software package, MyEconLab, designed to introduce kids to empirics in an easy yet useful way. This kind of software has the potential to become the econ equivalent of a high school chemistry lab. Econ educators, you might want to take a look at Acemoglu, Laibson, and List. It's pretty pricey, though.