Free-market ideology: a reply to some replies 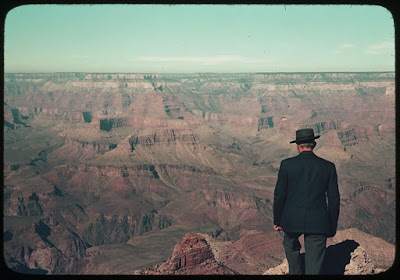 I recently wrote a Bloomberg View post about political-economic ideologies, and how society is quicker to change than individual human beings. The upshot was that free-market ideology seems - to many Americans, and also incidentally to me - to have mostly hit a wall in terms of its ability to improve our lives, and so society will inevitably embrace an alternative, despite the protests of diehard free-marketers.

Bryan Caplan is flabbergasted at the notion that free-market ideology (aka "neoliberalism") has actually been tried in the U.S.:


The claim that "free-market dogma" is the "reigning economic policy" of the United States or any major country seems so absurd, so contrary to big blatant facts (like government spending as a share of GDP, for starters), that I'm dumb-founded.

This is pretty much exactly the attitude I described in my post! "Of course neoliberalism hasn't failed; we just never really tried it."

David Henderson has a longer and more measured response. He challenges the idea that free-market ideology has demonstrated any failures at all.

Exhibit A: Tax cuts. Tax cuts, one of free-marketers' flagship policies, appear to have given our economy a boost in the 1960s, and a smaller boost in the 1980s. But any economic boost from the Bush tax cuts of 2001 and 2003 was so small as to be invisible to all but (possibly) the most careful econometricians. Notably, a number of attempts to encourage savings - capital gains tax cuts, estate tax cuts, and the like - have not halted the steady decline in personal savings rates.

Exhibit B: Financial deregulation and light-touch regulation. It seems clear to me that under-regulation of derivatives markets and mortgage lending played a big role in the financial crisis. The counter-narrative, that government intervention caused the crisis, has never held much water, and has been debunked by many papers. This was a private-sector blowup.

Exhibit C: Light-touch regulation of monopoly. The evidence is mounting that industrial concentration is an increasing problem for the U.S. economy. Some of this might be due to intellectual property, but much is simply due to naturally increasing returns to scale.

Exhibit D: The China shock. While most trade booms seem to lead to widely shared gains, the China trade boom in the 2000s - which free marketers consistently championed and hailed - probably did not. High transaction costs (retraining costs, moving costs, and others) lead to a very large number of American workers being deeply and permanently hurt by the shock, as evidenced by recent work by Autor, Dorn, and Hanson.

Exhibit F: Welfare reform. Clinton's welfare reform saved the taxpayer very little money, and appears to have had little if any effect on poverty in the U.S.

Exhibit G: Research funding cuts. The impact of these is hard to measure, but cuts in government funding of research appear to have saved the taxpayer very little money, while dramatically increasing the time that scientists have to devote to writing grant proposals, and increasing risk aversion in scientists' choice of research topics.

Exhibit H: Health care. The U.S. health care system is a hybrid private-public system, but includes a proportionally much larger private component than any other developed nation's system. Free-marketers have fought doggedly to prevent the government from playing a larger role. Our hybrid system delivers basically the same results as every other developed country's system, at about twice the cost. Private health care cost growth has been much faster than cost growth for Medicare and other government-provided programs, indicating that much of our excess cost has been due to the private component of our system, not the public part.

I could go on, but these are the big ones I can think of. In some of these cases, free-market policies seem to have produced some gains in the late 20th century, but by the 21st century all appeared to be either having no effect, or actively harming the economy.

No, this is nowhere near as big a failure as that of communism (though in some ways, notably health care and financial deregulation, we've done worse than the somewhat-socialist nations of Europe). The analogy with communism was a way of illustrating a certain mindset, not to draw an equivalence between the results of neoliberalism and communism.

Also, I personally think there is still scope for many neoliberal policies to improve our economy. Reduced occupational licensing, urban land-use deregulation, simplification of the tax code, and various other kinds of deregulation all seem to show promise. If free-market policies have hit a wall, it's a porous wall - in real life, nothing is as cut-and-dry as in our ideological debates.

But overall, I think the last decade and a half have shown clearly diminishing returns, and sometimes negative returns, from neoliberal reforms. So our society is right to be looking for alternative policy packages. Though that doesn't necessarily mean we'll choose a good alternative - I think Sanders-style socialism would probably be a mistake.
Author: Noah Smith Posted at 4:05 PM