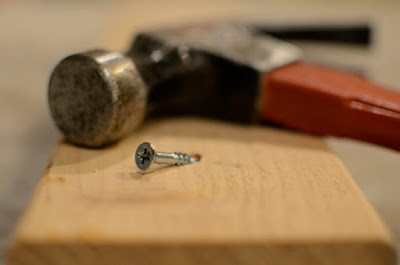 I wrote a Bloomberg View post about the Permanent Income Hypothesis. Basically, more and more research is piling up showing that it doesn't fit real consumption patterns. Some consumption smoothing takes place, but there's also a substantial amount of hand-to-mouth consuming going on. Most economists I know of have already accepted this fact, and usually chalk the hand-to-mouth behavior up to liquidity constraints (or, less commonly, to precautionary saving).

But a new paper on unemployment insurance extension casts major doubt on these standard fixes, especially on liquidity constraints as the culprit. A long-anticipated transitory shock - UI expiration -- shouldn't produce a big bump in consumption even if people are liquidity constrained. Nor is home production the answer, since unemployed people are already at home long before UI expires. Something else is going on here - either people interpret UI expiration as a (false) signal of the expected duration of unemployment, or they expected Congress to extend UI at the last minute, or they're just short-term thinkers in general. Or something else. I predict that as more and more good consumption data become available, more and more of this short-termist behavior will be observed, putting ever more pressure on people who use standard models of consumption behavior.

Anyway, as expected, some people came out to defend the good ol' PIH, including my friend David Andolfatto, one of the web's best econ bloggers and a ruthless enforcer of Fed dress codes. David's claim was that the PIH is still useful in some cases, and not in others.

That's fine...IF we know ex ante what the cases are. If it's just an ex post thing - "consumers look like they're completely smoothing in this case, but not in this other case" - then the theory has no predictive power ex ante. How do you know if consumers are going to perfectly smooth in advance, if sometimes they do and sometimes they don't, and you don't know why? Liquidity constraints, which we can probably observe, are one reason to expect PIH not to hold, but they're only one reason - as the Ganong and Noel paper shows, there are other important reasons out there, and we don't know what they are yet.

Here's an example of why I think we can't just be satisfied with the notion that theories work sometimes and not others. Consider a very simple theory of consumption: the $30k Hypothesis. Stated simply, it's the hypothesis that households consume $30,000 a year, every year.

So should we use the $30k Hypothesis to inform our policy decisions? How should we know when to use it and when not to? Judgment? Plausibility? Political expedience?

This is a reductio, of course - if you don't impose any systematic restrictions on when to use a theory, you become completely anti-empirical, and priors rule everything. This is also why I'm a little uneasy about Dani Rodrik's idea that economists should rely heavily on judgment to pick which model to use in which situation. With an infinite array of models on the shelf, economists can always find one that supports their desired conclusions. I worry that judgment contains a lot more bias than real information.
Author: Noah Smith Posted at 7:30 PM