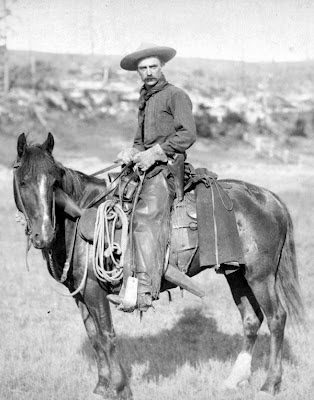 OK, here's y'all's links! This week, Brad DeLong and Larry Summers release a paper about how people shouldn't be left without jobs for long, Paul Ryan re-enters the national discourse, Steve Williamson's blog explodes in an all-out comment war, and a couple of obscure bloggers write some absolutely magisterial stuff:


1. Mark Thoma and Steve Williamson make up and have a beer! Yay. All is at peace in the blogosphere. Now I want a beer.

2. However, the peace is short-lived! Steve Williamson attacks the notion that "Lucasian macro" is losing support among the younger generation of economists (warning: post is heavy on pointless Krugman-bashing, DeLong-bashing, and Summers-bashing), and an ABSOLUTELY EPIC comment thread ensues, of the kind that my humble little blog can only dream of. People gettin' gunned down in the streets by the Macro Wars!

3. Brad DeLong draws some pictures to explain some of the thinking in his new magnum opus on fiscal policy. Go, read, now, go!

5. Stock & Watson think that the economy will never return to its previous trend line. If it was HOLMES and Watson, I might be more inclined to believe them.

7. Simon Wren-Lewis explains the limitations of microfounded models for setting central bank policy. Central bankers, of course, realize this, and keep DSGE models around merely as a check on their other models and forecasts. Along with Paul the Zombie Octopus.

9. Tyler Cowen has a roundup of links to research on labor hysteresis, a phenomenon which features prominently in the new DeLong/Summers fiscal policy opus. I can't think of any comment about this, so here is a picture of a butter sculpture of Darth Vader.

10. Asians are the fastest-growing immigrant group in the U.S.! Let's keep Asian immigration going strong! I continue to firmly believe that the United States' geopolitical future is to be the Alternative Asia, the way we were the Alternative Europe up through 1945.

12. Tyler Cowen asks: If stimulus and quantitative easing are politically unpopular, how about we combat labor hysteresis by forcing people to take low-paying jobs, by cutting unemployment benefits? I'm just going to let that question answer itself...

13. Mark Thoma links to Evan Koenig on NGDP targeting vs. Taylor rules. Basic argument: NGDP targeting is harder to commit to. Cue 13,403 posts from Scott Sumner and one comment from David Beckworth...

14. Read all about EMMY NOETHER, one of my favorite mathematicians ever. Hint: Go learn Noether's Theorem. It's awesome.

16. Already flagged by Mark Thoma, an ABSOLUTELY MAGISTERIAL post on top marginal tax rates, by David Glasner. It rivals Steve Randy Waldman's zoning post in its absolute magisterial-ness. "Magisterial" is the Word of the Week, in case you hadn't already figured that out.

17. Blogger "M.S." (I always forget his name, but whose fault is that) has a great post about how the Ryan plan is emblematic of America's incipient state failure. He fails to mention, however, the hypothesis that the old Confederacy lives on as a cancerous tumor within our body politic that has metastasized during a moment when America's immune system was weak, and that this is what is strangling our institutions...
Author: Noah Smith Posted at 3:39 AM