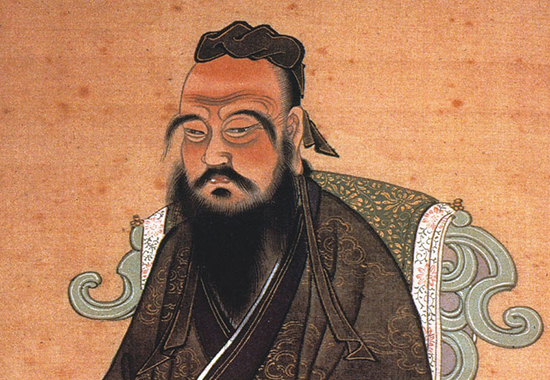 In this essay, Daniel Altman predicts that China will fall short of the West, because of its "Confucian" culture:


[Unconditional] convergence didn't seem to be happening in many parts of the world [in the last century]...[S]ome countries that appeared to be catching up to the West for a few decades, like Japan, hit a wall before they reached the same standards of living, falling inexplicably short of the target.

In the very long term, [cultural] factors may turn out to be the most important ones [in China's development].

Confucianism is perhaps the leading influence on Chinese business practices...The teachings of Confucius date back centuries, and they are deeply ingrained in Chinese society...Yet some of its central tenets, though they may have benefits at the social level, are not necessarily conducive to economic growth.

Confucian ethics teach that one should value the collective over the individual...A second and related tenet of Confucianism...encompasses the “respect for elders” that is a hallmark of many East Asian civilizations. In Confucianism, this deference belongs not just in family relationships but also between ruler and subject, master and servant, and employer and employee.

Together, these tenets of Confucianism — and the way they have been interpreted by the Chinese authorities in recent times — have helped to maintain rigid hierarchies in Chinese businesses...

There is one other cultural current that runs just as deeply as Confucianism...Chinese people learn a very particular story of the birth of their nation, in which the great struggle through the millennia has been to unite the enormous land mass and diverse ethnicities of China into one nation...The message is clear: to be united and realize the dreams of a great Chinese nation, the Chinese people need strong rulers who brook little dissent.

The message carries through to the boardrooms of Chinese companies, which tend to concentrate the instruments of power in the hands of a single strongman...

All of these factors will combine to lower the target for material living standards in China — or, to put it more technically, they reduce the level of per capita income toward which China is converging. With these factors in place, China simply is not in the same convergence club as the United States...

China may just manage to catch the United States and become the world’s biggest economy. But it will hold onto the title for only a few years before the United States, growing more quickly in both population and the productivity of its workers, passes China again...

[A]s Japan’s example goes to show, holding onto culture — and other deep factors — can keep the limits to growth in place.

This column provides an object lesson in the degree to which using Twitter has limited my vocabulary. I'm struggling to think of a concise description of this essay that does not involve the word "derp".

First, I need to deal with the most glaringly annoying part: the Japan example. Altman claims that Japan failed to catch up with the West. This is laughably false. Here are the 2012 per-capita GDP numbers (at PPP) for Japan and its three closest analogues among the Western nations, the rich, medium-sized, ethnically homogeneous nations of West Europe (source: IMF):
In case you wondered, here are the nominal GDP numbers (source: IMF):
Hopefully, you are convinced that Japan has fully caught up to the West. Its per-capita GDP is no less than the GDPs of the countries that produced Locke and Hume and Adam Smith, Wittgenstein and Kant, Descartes and Voltaire. +1 for convergence, -1 for "culture". Why Altman feels justified in his casual assertion that Japan "fell short" of the West remains a mystery.

Anyway, let's move on to the claims about China's "Confucianist" culture. Just for fun, here are the GDP (PPP) numbers for two other East Asian countries commonly labeled as "Confucianist" - South Korea and Taiwan:
As you can see, Confucianism has not stopped these countries from rivaling Western ones in wealth. Taiwan, in particular, is populated by people of the exact same cultural heritage as mainland China, and yet has managed to overtake both the UK and France in GDP. Singapore, a city-state populated mostly by Chinese people, is even richer, rivaling the small countries of North Europe.

Anyway, I could sit here and question every assertion Altman makes about China's "Confucianist" culture - "How do you know that's culture and not institutions?" "Where's your data?" "Have you even ever worked in China?" - but I think the Taiwan and South Korea GDP numbers do the trick. I rest my case. +1 for convergence, -1 for "culture".

This clearly illustrates the perils of engaging in what I like to call "phlogistonomics" (a term coined by Matt Yglesias). The method goes like this:

Step 1: Take some hard-to-understand phenomenon, like economic growth. Explain the parts you can explain with standard economics (capital, labor, prices, etc.). What's left - the part that really drives the model - is the phlogiston.

Step 2: Label the phlogiston. Make sure you choose a name that refers to something people in general already believe in. "Culture" is great. "Confidence" works too, as do "institutions", "technology", "power","the true desires of the Fed", and of course, "irrational expectations" (the favorite of us behavioral finance types, hehe).

Step 3: Act like you know exactly how the phlogiston behaves. Predict its effects based on commonly held national/ethnic/gender stereotypes ("Greece is in trouble because Greeks are lazy!"), or your political beliefs ("Obama the Kenyan Muslim socialist is killing business confidence!"), or any plausible-sounding story that plays to popular prejudices, preconceptions, fears, or hopes.

Yes, in the end, conventional wisdom and stereotypes and politics end up driving the model. But along the way, your careful selection of like-minded sources, and your authoritative tone, allow you to seem really wise and sagely in front of an audience of people who were primed to believe your conclusion.

Unfortunately, you may run into a problem: Someone may use the same phlogiston, but different assumptions, to reach the exact opposite conclusion. Scott Sumner, for example, believes that China's culture is precisely what makes its catch-up to the West inevitable:


Like Japan, like Britain, like France, indeed like almost all developed countries, [China] will grow to be about 75% as rich as the US, and then level off.  It won’t get there unless it does lots more reforms.  But the Chinese are extremely pragmatic, so they will do lots more reforms...

If we want to learn from the Chinese culture, learn from Singapore(or Hong Kong), which is how idealistic Chinese technocrats would prefer to manage an economy; indeed it’s how China itself would be managed if selfish rent-seeking special interest groups didn’t get in the way.  But they do get in the way—hence China won’t ever be as rich as Singapore; it will join the ranks of Japan, Korea, Taiwan, and the other moderately successful East Asian countries...

I expect China to end up in the “normal” category, mostly based on its cultural similarity to other moderately rich East Asian countries.

Altman, you have met your match. Now all we, the readers, have to do is decide which of these European-Americans has a deeper, subtler understanding of the Chinese culture, and we'll know which one to believe!

(For the record, I'd go with Sumner. Also, Chinese culture seems a lot like American culture to me, but that's mainly based on my students, who of course chose to move here. If I had to predict, I'd say China will reach 50% of U.S. GDP, but that equaling us will be hard because of global resource constraints.)

Of course we could always admit that, well...we don't really know what's going to happen to Chinese growth. But we don't want to admit that. Because we don't like to not know things. Not knowing things is scary. There is safety in derp.


Update: Altman responds, noting that Japan's GDP is markedly less than that of the U.S., Canada, and Austrialia. Of course, I could have pointed out that Singapore, with a GDP (PPP) per capital of $60,410, is considerably richer than any of the countries named. But I thought it more appropriate to compare countries of similar population sizes and resource endowments...
Author: Noah Smith Posted at 12:38 AM