Solar is libertarian, nuclear is statist 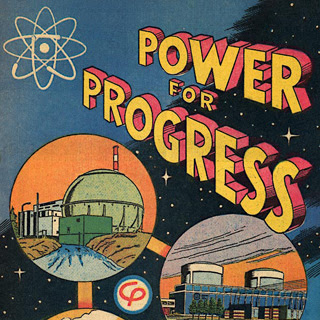 Libertarians have always seemed to have a soft spot for nuclear energy and an instinctive dislike of solar power. This confuses me a bit, because I've always been a fan of both nuclear and solar, but the part of me that likes nuclear has always been the statist part. With its huge monument-like cooling towers and its association with the Manhattan Project and the heyday of Big Science, nuclear always put me in mind of the power and glory of the American nation. Solar, on the other hand, increasingly looks like a libertarian's dream technology.

First of all, solar is decentralized. Attach solar panels to your house, and the electrical grid becomes merely a backup. This means that you rely a lot less on a government-backed monopoly for your power; if the government disappeared tomorrow, your house would still have electricity during peak hours (if not during the night). Eventually, when storage technology improves, rooftop solar will let us forget the grid entirely.

Also, rooftop solar requires much less infrastructure than grid electricity. That means much less of a role for the government, which libertarians should like. 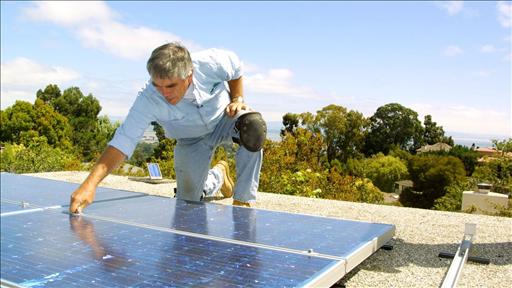 Contrast this with nuclear power. Nuclear has huge fixed costs, which are difficult for private companies to pay; thus, most nuclear plants are built with the help of government loans or subsidies. The close state-corporate collusion required by nuclear power was starkly exposed in the recent Fukushima disaster. Also, nuclear plants are giant and centralized, meaning the electricity must be piped to your house via a grid, which is constructed and controlled by the government.

Also, solar is much more entrepreneurial than nuclear. Nuclear has such high costs that only the hugest of companies, like GE, can create nuclear plants (and even then, often only with government help). Solar, on the other hand, has low fixed costs, so entrepreneurs can create solar farms with relatively little startup capital. Also, R&D in the nuclear sector often has fixed costs and must be state-subsidized, while solar lends itself more to cheap private-sector R&D.

Finally, nuclear waste creates a lot of thorny land-use issues. Public goods are involved, since people are afraid that the waste may leak and injure them. This means that the location and operation of nuclear plants will always partially be decided by planning boards, environmental agencies, and angry town hall meetings. This is simply unavoidable in American society. But solar power has no such issues, and so the entrepreneur or independent-minded rooftop solar generator can operate largely unmolested by government.

Now, libertarians complain about government subsidies to solar companies. I think that complaint is very valid, and that much of the money used for subsidies would be better spent doing basic research. Libertarians may also dislike government-funded basic research, but they should recall that similar research was involved in the creation of the internet, which has proven to be an enormously effective tool for individual freedom, entrepreneurship, and decentralization of power.

To sum up: Libertarians should envision a world in which rooftop solar, small independent solar farms, and enterprising solar tech entrepreneurs bring a glorious end to the era of public utilities, government-built electrical grids, and collusion between government and big energy companies. Let statists yearn in vain for the days when government-sponsored nuclear plants reared up like monuments to the power of central planning.
Author: Noah Smith Posted at 9:16 PM