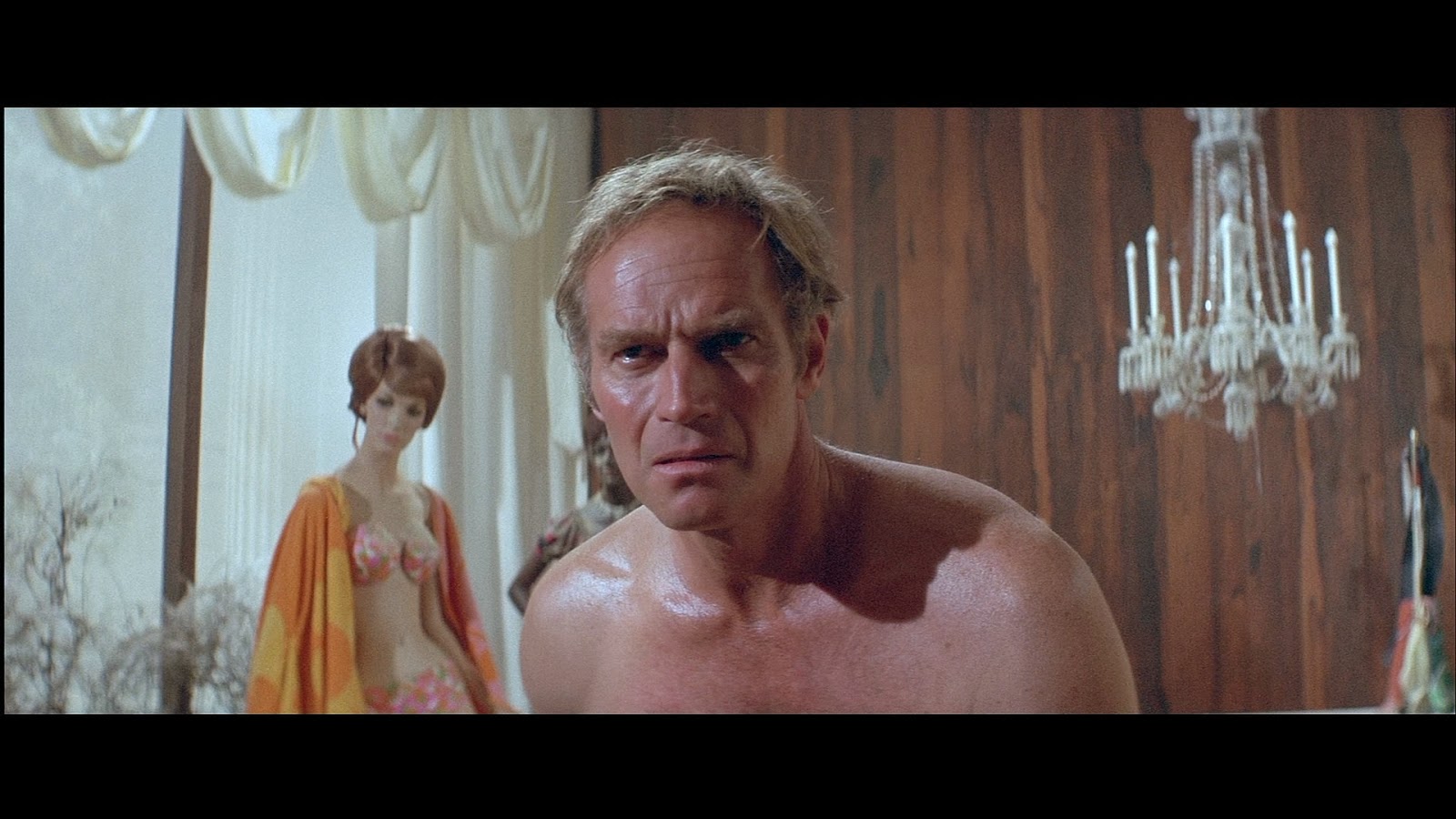 Time to write about a very uncomfortable subject that is also not anywhere close to my own area of expertise. A lot of people will be inclined to give this post an un-charitable reading, which is inevitable, so before you explode with rage, realize that A) I know I'm not any kind of an expert, and B) I might be saying something more nuanced than you think I'm saying. You'll probably explode in rage anyway, and I preemptively apologize for raising your blood pressure. I also apologize for the blatant heteronormativity of this post.

It seems to me that a big problem in the world consists of angry young men doing aggressive things. One example of this is terrorism. Another is online intimidation and harassment of women, like we've seen with #GamerGate. Another is random outbursts of violent crime. I don't know why young men are so much more prone to aggression than other groups - most people just wave their hands and say "testosterone", while I tend to just shrug and say "whatever". But anyway, it's a fact, and pretty much everyone knows it.

One thing I have sort of noticed, however - and here we leave the realm of well-established fact and enter the realm of Noah Talking Out of His Digestive Tract - is that when young men feel like they can't get sex, they tend to feel angry and resentful toward the world. Actually, I've noticed that women, when they feel like they can't get sex, also seem to feel unhappy and grumpy. But since young men tend to be more aggressive than their female counterparts (see previous paragraph), the frustration that comes from feeling like one isn't able to get sex seems often to translate into aggression in men, but far more rarely in women.

Note that I say "feel like they can't get sex" instead of "can't get sex", because from what I've seen, nearly anyone is able to get sex if they want. They may not be able to easily get sex with a partner whose quality - attractiveness, purity, status, hair color, whatever - they deem acceptable. But pretty much anyone can get sex. (As a half-crazed drug-addled hippie once told me in a Stanford co-op, "There's all this sex out there, and we don't even realize it!")

But basically, there are a whole lot of young guys out there who feel like they just can't get laid. They're wrong - totally, ludicrously wrong. But they really do feel that way. In current internet slang, these people are called "incels", which is short for "involuntary celibates." Whether this is an apt descriptor depends heavily on your definition of "voluntary," since incorrect beliefs still have power.

Why do these young men feel like they're incapable of getting laid? I have a conjecture - and here we wander dangerously into the realm of pseudoscience, but still, I have a conjecture. My guess is that these men feel that they have low social status, and that this makes them either 1) not attractive, or 2) not deserving of sex. In fact, this could be unconscious - some men seem to tacitly think of themselves as low-status men, and this gives them a general pessimism about their ability to succeed in any social interaction, be it friendship, sex, or business. These beliefs might have been solidified by being bullied as kids - I don't know.

Anyway, these men seem to fit into a social niche that is well-observed in some primate societies - the omega male. Of course, this term has already been incorporated into internet slang (sometimes confused with "beta male"), but like any scientific concept, it has been mutated, misapplied, overapplied, etc. Still, I think the concept is a useful one. In a college course (HAHAHAHAHA...OK now that we've got that out of our system), I learned that in some primate societies, gangs of omega males engage in violence toward females, while the big tough alpha males and their beta male lieutenants try to protect the females and chase off the attacking omegas. I don't know about you, but that image sort of reminds me of #GamerGate.

One interesting question is whether the angry young omega-males are angry because they are sexually frustrated, or whether their lack of sex is simply a signal that seems to remind them that they are low-status. I'm not sure about this - probably both.

Next question: What do we, as a society, do about this problem?

One idea I've seen some of these angry young men suggest - including in long, unsolicited emails to Yours Truly - is to turn women back into pieces of property, and then distribute them evenly to men via a restored norm of traditional patriarchy, possibly enforced by church-state cooperation and mass shaming. Needless to say, I think this idea is total and utter shit, and would be total and utter shit even if it had a hope in Hell of working, which incidentally it would not. In fact, when I hear this idea, I sort of have the urge to take whoever suggested it and pitch him off a cliff into a tar pit, but I guess that just shows that I, myself, still have traces of angry-young-man-itude.

A better solution, I think, is the elephant seal solution.

When I discussed the issue of omega males with Brad DeLong on Twitter the other day, he pointed out that "ω-bull elephant seals hang out at edge of beach & try 2 look attractive—don’t hate on elephant seal cows & chase them off". I don't know if elephant seals actually do this, but I also don't care that much, because everything I've seen in life tells me that this is a good solution for human omegas.

In other words, the resentful, angry, frustrated young men simply need to realize that they are plenty attractive, and that getting sex is really not that much of a problem once you actually go out and try to do it.

In theory, this is what PUA culture is supposed to do - turn "incels" into ladies' men. At first blush, this seems like the perfect solution - teach men how to be attractive to women! Just imagine a world in which all the lonely, under-confident dorky guys suddenly become confident, socially adept men who knew how to be the object of women's desires!

Unfortunately, the PUA movement doesn't seem to have accomplished this societal transformation. Why? Well, one reason is that although many PUA movement leaders, like Erik von Markovik, try to spread the (good) message that any man can be attractive if he just tries - an example of what Carol Dweck would call a "growth mindset" - other members of the subculture propagate the idea that only natural "alpha" males can ever succeed at the attraction game. In other words, these people (no, I'm not going to name names) have reinforced the omegas' insecurity about their own social status and sexual prospects, instead of alleviating it.

Other reasons include A) the fact that practicing being attractive goes against many people's religious and/or traditional values, and B) the fact that even well-intentioned PUA gurus like von Markovik are speaking mainly from their own experience, which - though impressive in scope - simply doesn't work for everyone. As a result of all these factors, many of the omegas resent the PUA subculture just as much as they resent women.

So basically, what I think we need is some new way of getting omegas to stop worrying about their supposedly low social status and learn how to go out and attract women instead of harassing and attacking them. We should teach the angry young human males to take a page from the book of the (alleged) sexy young elephant seal males. The goal is not just for them to get laid (though that's an important human activity), but for them to feel more confident, more worthwhile as mates, and less obsessed with social status.

Of course, I don't know how to accomplish that. But I think this is where our society needs to go. Angry young have to learn how to be attractive, but more than that, they have to learn that they're worthy of being attractive - that their low social status is a self-inflicted figment of their imagination.

Because the alternative method of dealing with the angry omegas is to keep having the alphas - i.e., the cops - continue throwing them off cliffs into tar pits when they get too violent. That solution works, but I wish there were a better way.

Anyway, once again, let me remind you that I don't claim to have any sort of expertise or special insight on this matter.
Author: Noah Smith Posted at 5:09 PM