Some stuff economists tend to leave out 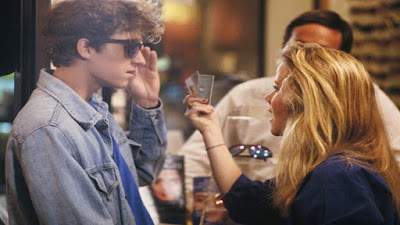 Chris Arnade got a PhD in theoretical physics, became a bond trader, and then became a photographer who documents drug addiction. He frequently writes on Twitter and elsewhere about social problems. Recently, he wrote a tweetstorm (series of threaded tweets) about his interpretation of Trumpism. I think Chris leaves out a lot of the reasons for Trump support - xenophobia, fear of racial conflict, misplaced nostalgia. I also doubt that the drug addicts that Chris spends his life documenting tend to be Trump supporters. But I think Chris makes some really good points when he writes:


Many people have no chance & they know it & reminded of it daily. On TV, on the web. They see what they are missing. And who is winning...The response to this is, we all have Iphones now. Everyone has all this stuff they never had before...Response 1: Maybe when we measure someone by how much stuff they have, those at bottom will never be happy. Because others have far more...Response 2: Maybe trying to get all that stuff is painful. Maybe the monthly payments needed to keep up isn't fun...Response 3: Maybe, crazy as it might sound, having an Iphone, and other things, just isn’t the key to happiness after all...Response 4: Maybe people need meaning beyond economic. Maybe they need to feel included, to have strong bonds to institutions & groups...Maybe the predatory, hyper rational society we have built has stripped institutions of their meaning...Maybe it has all left people, who used to get meaning from them, with very little, other than anger.

I think there's a lot to this. Putting it in econ language: 1) Social preferences are probably very important in reality. 2) Utility functions often contain inputs like inclusion, human connection, and a sense of meaning, for which no markets exist.

The formal machinery of economics is totally equipped to deal with these things. You can put love in a utility function right alongside consumption, just call utility u(c,L). You can incorporate community stability into an urban model or a model of migration. You can put social trust as an input into a production function. You can give people a utility boost from having a job, and call it the "dignity of work". You can model the alienation of arm's-length market transactions as a transaction cost, and remove this cost for long-term informal contracts. Almost anything, except for some fairly exotic behavioral biases, can be dealt with using the standard tools of utility maximization and cost minimization that every econ student learns in school.

So why do economics classes, papers, and policy recommendations so rarely include any of these things?

Part of it might just be an accident - or maybe two accidents. Non-market goods like love, trust, connectedness, patriotism, social obligation, fairness, dignity, etc. is usually really easy to put into models - too easy, in fact. Assuming the existence of something really important but really simple is not intellectually or mathematically impressive. It might be the most important thing in the world, but it won't help you look smart for a hiring or tenure committee.

And these non-market goods are also very hard to measure empirically. How do you measure them? What economic data is a proxy for social connectedness, inclusion, or dignity? They'll usually wind up as unobservable parameters, meaning that the data used to evaluate the models will not be super-informative. (Sociologists probably know more about how to do this, but they don't even post their working papers or blog very much, so who knows what they're up to?)

Social preferences, on the other hand, can be devilishly hard to model. Some people do do it, in highly specific, stylized settings (see here and here), and some people do study social preferences empirically (see here and here; thanks to the excellent Ivan Werning for these examples). But they're pretty tough to put into policy evaluation models, and probably too tough for most undergrad classes.

So there are some technical and institutional barriers to putting these things in economic models and in econ classes and textbooks. But I suspect there might be cultural barriers as well. Econ began in an age when severe material deprivation was the main problem afflicting humankind (as it still is in many countries). Economists of the 19th and early 20th centuries correctly grasped that rising material prosperity would override almost any other concern for the destitute masses of the world, if that prosperity became available.

But as soon as countries get past the stage of abject deprivation, non-market goods and social preferences probably become a lot more important. By sweeping these things under the rug, economists are probably A) nudging policymakers to ignore crucially important stuff, B) developing a reputation for being out of touch, and C) opening the discipline to allegations of irrelevance from people who want to see econ replaced with other ways of analyzing the world.

Interestingly, I think a lot of the progress in the public discussion of these things has come from conservative-leaning economists, whose free-market bona fides probably give them the political cover to openly discuss things non-market goods like social trust. That's a positive development, but economists on the other side of the ideological spectrum should probably get in on that game. To their credit, left-leaning economists often do discuss inequality aversion, but this is rarely translated into formal models or official policy advice.

Anyway, I think Arnade has a point, and economists should listen - even though I'm not sure what exactly needs to be done.
Author: Noah Smith Posted at 3:00 AM