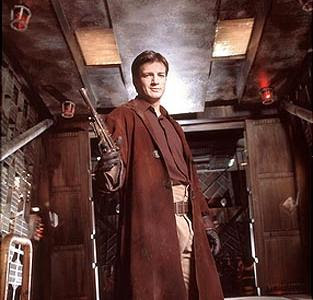 1. Mark Thoma attends the INET conference in Berlin, and offers his thoughts. Predictably, the conference was just as awesome as I knew it would be, making me all the more bitter that I was too poor to go. (shakes fist and bellows at the sky: "SOROSSSSSSSSSSSSSS!!!")

2. John Taylor discusses a paper analyzing the impact of fiscal stimulus using several different New Keynesian DSGE models. The paper finds that multipliers are substantial if stimulus is A) composed mainly of government expenditures, and B) temporary rather than permanent. In other words, if stimulus is exactly what Keynesians say it ought to be! Good to see Taylor coming out of the closet, as it were...

3. Unfortunately, exponential economic growth can't continue forever, and here's the physics to explain why. I've actually been aware of this for a long time. As my understanding of the general numbers goes, we've got a century or a century and a half of Twentieth Century level growth left before we start to cook the planet with waste heat; if we slow our rate of growth to half of what we enjoyed in the 20th, we'll have two or three more centuries. If we expand into the solar system, that number will be higher, but one thing is certain; we will not grow at 20th Century rates for the next 1,000 years. (Of course, this is moot, since in a few decades we'll all be robots, right?)

4. Foreign Policy has an extremely good (and long) interview with Ed Luce about American decline. Two key facts: 1) America's share of world output is NOT holding steady, but has declined steadily. 2) America's military spending will not dwarf that of China for very much longer. Thus, two of the key talking points of the anti-declinist school of punditry are just factually false.

5. Mark Thoma and some NY Fed economists report that if you feed the right info into a DSGE model, it can forecast the economy as well as the judgment of professional forecasters. However, Robert Waldmann argues that really you're just rigging the model to give the right answers.

7. Ryan Avent reports that China is probably not overinvesting to the degree that many believe. I am not surprised; China has labor and needs capital, so it should be doing exactly what it's doing, i.e. building capital at a furious rate. However, note that with a trade deficit instead of a surplus, China can build up its capital even faster!

8. However, China has other fish to fry, as this article on Chinese military corruption reveals. Note the relevance of this for my discussion with Scott Sumner about culture...personal-level pragmatism (rational rent-seeking) is causing the quality of the Chinese military's institutions to decrease. It's just hard to know how culture is going to affect institutions...

9. Steve Randy Waldman continues to call for an alliance between Keynesians, market monetarists, and New Keynesians. His post, unfortunately, is probably way too smart, erudite, and sensible to receive much attention.

10. Steve Williamson discusses the idea that Ben Bernanke is just a "wimp" who refuses to reflate the economy. In the process, Steve describes what the Fed actually can do, policy-wise, which is definitely worth a read.

11. John Cochrane discusses why asset prices and volatility seem to move in opposite directions.

12. Alex Tabarrok reports on how debtor's prison is making a comeback. Just another way that the U.S. is moving back toward the ideals of free markets and personal responsibility that gave us such unbridled prosperity in the 18th century.

13. The American Enterprise Institute appears to have jumped onto the New Urbanism bandwagon! File under "Things I never thought I'd see in my lifetime."

14. Mike Konczal offers some arguments for why better regulation, not tighter monetary policy, is the proper way to rein in the excesses of the financial sector.

15. Simon Wren-Lewis does not like my criticism of the Wieland model-aggregation approach. I may respond more if and when I figure out what Wren-Lewis is talking about. This has not yet happened.
Author: Noah Smith Posted at 11:51 AM