Some thoughts on UBI, jobs, and dignity 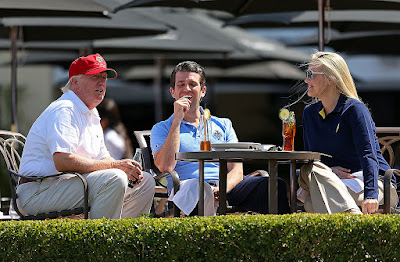 One of the more interesting arguments these days is between proponents of a universal basic income (UBI) and promoters of policies to help people get jobs, such as a job guarantee (JG). To some extent, these policies aren't really in conflict - it's perfectly possible for the government to mail people monthly checks and try to help them get jobs. But there are some tradeoffs here. First, there's money - both UBI and JG cost money, and more importantly cost real resources, which are always in limited supply. Also, there's political attention/capital/focus - talking up UBI takes time and attention away from talking up JG and other pro-employment policies.

One of the key arguments used by supporters of pro-employment policies - myself included - is that work is essential to many people's sense of self-worth and dignity. There's a more extreme variant of this argument, which says that large-scale government handouts actually destroy dignity throughout society. Josh Barro promotes this more extreme argument in a recent post.

This seems possible, but it's very hard to get evidence about whether welfare payments are actually dignity-destroying. Anyone who goes on welfare probably has other bad stuff happening to them in life, so there's a big endogeneity problem. Meanwhile, time-series analyses of nationwide aggregate happiness before and after welfare policy implementation are unlikely to tell us much. The best way to study this would be to find some natural experiment that made one group of people eligible for a big UBI-style welfare benefit, without allowing switching between groups - for example, payouts to some Native American group might fit the bill. My prior is that handouts are not destructive to dignity and self-worth, as Barro assumes - I predict that they basically have no effect one way or the other. But this is an empirical question worth looking into.

In his own post, Matt Bruenig argues against Barro. His argument, basically, is that many rich people earn passive income, and seem to be doing just fine in the dignity department:

If passive income is so destructive, then you would think that centuries of dedicating one-third of national income to it would have burned society to the ground by now...In 2015, according to PSZ, the richest 1% of people in America received 20.2% of all the income in the nation. Ten points of that 20.2% came from equity income, net interest, housing rents, and the capital component of mixed income...1 in 10 dollars of income produced in this country is paid out to the richest 1% without them having to work for it.

I don't think this constitutes an effective rebuttal of Barro, for the following reasons:

1. "Work" is subjective. Many rich people believe that investing constitutes work (I'd probably beg to differ, but no one listens to me). And founding a successful business, which creates capital gains, certainly requires a lot of work.

2. Passive income very well might be destructive to the self-worth of the rich, on the margin. In fact, I have known a number of rich kids who inherited their wealth, and devoted their youths to self-destructive pursuits like drug sales and petty crime. It could be that for many rich people, the dignity-destroying effects of unearned income are merely outweighed by the dignity-enhancing effects of high social status and relative position.

3. Many rich people became wealthy through work - either a highly paid profession like CEO, or by starting their own companies. This past work may provide dignity for old rich people, just as retired people of all classes may derive dignity from their years of prior effort.

And Matt's argument certainly doesn't counter the less extreme version of the "jobs and dignity" argument (i.e., the version made by Yours Truly). Even if passive income isn't actively harmful to dignity, it might not be helpful either, in which case pro-employment policies would be more effective than UBI in promoting dignity.

But that said, I do think Matt's policy proposal is a good one:

A national UBI would work very similarly. The US federal government would employ various strategies (mandatory share issuances, wealth taxes, counter-cyclical asset purchases, etc.) to build up a big wealth fund that owns capital assets. Those capital assets would deliver returns. And then the returns would be parceled out as a social dividend.

This is something I've suggested as well. I see it as an insurance policy against the possibility that robots might really render large subsets of human workers obsolete.

UBI isn't a bad policy. If robots take most of our jobs, it will be an absolutely essential policy. I just don't think it solves the dignity problem. And with Trump winning elections in part by promising to restore dignity, I think Democrats need an issue to counter him, and jobs policy is far more likely than UBI to fit this bill.
Author: Noah Smith Posted at 6:49 PM